Women of today have earned the right to work alongside men and even excel in their chosen professions. They have come so far from the meek and submissive women a century ago. Not only do they enjoy similar voting rights as the opposite sex, they also occupy important positions in various institutions – both in government offices and private corporations – that America almost elected their first woman president by a slim margin. 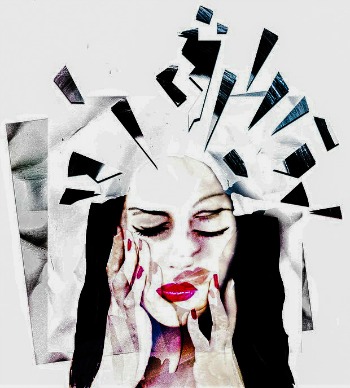 As confidence in what women can achieve continues to rise over the years, there are things that women are expected to bear on their own. They are expected to work alongside men regardless of physical limitations only they go through. The inconvenience of having a monthly menstrual cycle and the blessing (And burden) of carrying a child in her womb messes with a woman’s body and emotions that only men can imagine. Hence, their mental health suffers as they strive to keep up with expectations of their peers and their bosses.

No matter what age group, girls and women are at a disadvantage to their male counterpart.

Rates of depression among adult women are about 2½ times as common as in adult men, says Prof O’Keane. So why are women 2½ times more likely to be depressed than men, we ask.

“Because of the social and biological aspects of being female,”says Prof O’Keane. “Inequality breeds depression, so in any group in society that is relatively disadvantaged, you will have higher levels of depression.

“If you look at women as a whole in relation to rights, to human rights and to socioeconomic status, obviously women are poorer, they are more disadvantaged, they have lower rates of promotion to senior positions, they are disadvantaged in terms of their environments and their jobs and they don’t have the same parity of pay.

A woman’s mental health becomes even more of an issue during their reproductive years as issues like post-partum depression are experienced by many new mothers yet seldom recognized or treated. As a result, women suffer from their depression in silence, overwhelmed by the changes in their body and the new responsibility of caring for a tiny human being.

A staggering 81{608719487aea66ab93e94ded29b5a9b0f35497743f0d9dfdc324fd02be02e541} of women who responded to a survey by the Royal College of Obstetricians and Gynaecologists (RCOG) said they had experienced a maternal mental health problem. This high figure however was widely reported in the media – but it is misleading. As the authors themselves recognised, the self-selecting nature of the survey meant that women with experiences of perinatal mental health problems were far more likely to respond.

There are dangers in reporting such high rates of mental health problems associated with childbirth, or in suggesting that a majority of women need the input of mental health services. An unintended consequence of such high figures is to deflect attention from those women who do require specialist care. It is vital to remember that perinatal mental illnesses, such as postpartum psychosis, can be some of the most severe episodes dealt with by mental health services.

As we celebrate International Women’s Day 2017, it is the perfect opportunity to raise awareness on women’s mental health and fight for gender equality in all aspects of life, especially in enjoying equal work opportunities.

Women are more likely to have a mental health problem, and almost twice as likely as men to be diagnosed with anxiety disorders.

Worldwide, more than 1 in 3 women will experience sexual or domestic violence. And people who point fingers at other countries, and say that things are better in the UK, need to take a good look at the statistics here.

In the UK, one in four women experience domestic violence. Yet since 2010, 34 specialist refuges have been closed and 2 in 3 women are being turned away from a refuge.

Looking after women’s mental health is crucial no matter what part of the globe you live in.

We need International Women’s Day because it’s important to celebrate women – our achievements, our battle and our beauty. But most importantly we need it because we are not living in a post-feminist society and the fight for our rights very much continues.

What we must all remember is that everything starts at home. How do you treat the women in your household or outside your home? Mental health issues among women will no longer be an issue with a family that respects every member of the household regardless of their gender. Visit http://www.family-centeredservices.org/ to learn more about mental health, health care, and child welfare and to receive the support you need if you are a woman struggling with mental health issues.