The human race has gone so far when it comes to computing. From bulky computers with limited functions, we now enjoy a sleek line of gadgets that allows us to do multiple tasks at once. Smartphones are fast becoming a technology favorite while people who do computing for work can rely on a trusted laptop or desktop computer to help him/ her do the job with ease. 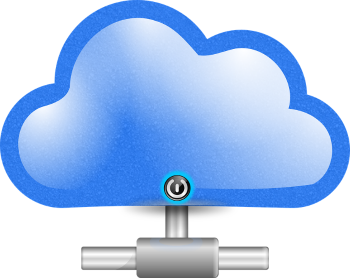 What is even better with these technological advancements is not its hardware but what is inside it. Software ten years ago is but a shadow of the software advances we now have. Experts became ambitious when it came to data storage and the use of CDs or flash drives for external storage are not the only solution anymore. Cloud computing is now the name of the game and it has blown away people’s mind when it was launched.

At its most basic, the cloud is simply about taking all of the tech you used to have on your computer and letting someone else take care of it for you. The easiest way to understand this is to think of renting these resources (servers, hard drives, networking gear) from companies like Dropbox, Google, Amazon and Microsoft that maintain them in their own data centers, instead of owning them. In a way, this is akin to renting an apartment instead of owning your own home. In this case, however, you are renting computer resources instead of a roof over your head â€” and just like with the apartment you’re renting, your landlord is in charge of taking care of maintenance.

So instead of having to worry about dealing with all of the hardware and software that runs on it, you can just do your job and run your business.

Imagine life before all these technologies took place.

Before smartphones, tablets, laptops and the cloud, we had a big beige box under our desks (or lots of them sitting in a data center). We bought software and installed it onto the hard drive, and often lived with the old version for years because upgrading was expensive, time-consuming and could cause compatibility issues. The cloud changed all that.

And it does not show any signs of ever slowing down.

Cloud adoption in the UK has reached the point where it is not far off being universal and there will be more customer spending in that area this year.

Google has even bigger plans for cloud technology and will take its A-game a notch higher.

Machine learning, though, could eliminate such problems, and Google is now offering one such solution: the Cloud Video Intelligence API, currently in private beta. Unveiled yesterday during the kickoff of the three-day Google Cloud Next ’17 event in San Francisco, the application program interface (API) is the first of its kind to enable subject- and context-based searches of video content, according to Google.

Yesterday, Google also announced its acquisition of Kaggle, described as “the world’s largest community of data scientists and machine learning enthusiasts.” By joining forces with Kaggle, Google said it will be able to speed up efforts to advance and democratize the adoption of artificial intelligence.

We can only wonder what the future has in store for us with all these technologies ruling our life. Two decades ago, only a small percentage of the population owned cellphones – and they were the big and bulky ones. You also need a camera to take pictures, a video camera to take videos, a calculator to make computations, and you get in touch with people through regular snail mail.

Indeed, life is very much different back then. But now that our technology has reached the clouds, artificial intelligence may be the next big thing and a common one as well ten to twenty years from now. Who knows, right? For now, let us just enjoy all the comfort and convenience offered by these technological knick-knacks without missing out on what’s really important in life – quality time and meaningful relationships with the people you love.