Using Your Personal Power For Change

WHAT happens when a respected mainstream education organization is taken over by an activist with a hard-core agenda? The National School Boards Association is about to find out. 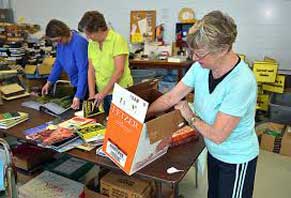 Anne L. Bryant has just resigned the directorship of the American Association of University Women to become director of the National School Boards Association. If she is as effective at her new post as she was at the AAUW, we shall soon be seeing the NSBA diverted from its primary mission of improving education to the more activist goal of alerting the public to how the nation’s schools are “failing at fairness.” It was Anne Bryant who promoted the false but widely credited belief that the nation’s girl students are being drained of their self-esteem in a school system that favors boys.

The 56-year-old National School Boards Association, a staid but powerful organization, has been called a sleeping giant. With an annual budget of $18 million, it represents 95,000 school-board members who preside over elementary and secondary schools serving 90 per cent of America’s student population. It publishes a journal, holds conferences, lobbies Congress, and works at the local level as a community advocate for public-school children and their schools. But in recent years the organization has been criticized for being “too reactive.” Louis Grumet, the executive director of the New York affiliate, criticized the NSBA for taking “weak namby-pamby stands that won’t offend anybody.” In December, when the board sought a replacement for the retiring Thomas A. Shannon, it turned to Anne Bryant to do for it what she had done for the AAUW.

When Mrs. Bryant first arrived at the AAUW, its membership was dropping and its mission was uncertain. With women on the way to becoming more than 55 per cent of college students, it was no longer easy to argue that they were suffering from gender bias. But, through the artful manipulation of statistics, little girls could still be portrayed as victims of a gender gap.

A former consultant for trade associations in Washington, D.C., Mrs. Bryant developed a plan to move the AAUW into the limelight. She commissioned two studies that would “prove” that our nation’s girls were being drained of their self-confidence by sexist schools. Then, with great fanfare, she released the findings to an uncritical, even enthusiastic, media. At the time the first study was made public the AAUW candidly explained to the New York Times why the research was undertaken in the first place. It was pure advocacy: “We wanted to put some factual data behind our belief that girls are getting shortchanged in the classroom.” Needless to say, belief should come after, not before, data-gathering. But Mrs. Bryant and the AAUW got what they wanted. AAUW brochures were soon referring to the state of girls’ self-esteem as “an unacknowledged American tragedy.”

The AAUW’s conclusions were inconsistent with the literature on adolescent development, and their dramatic results have never been replicated. Anne Bryant once told Philadelphia Inquirer writer Cathy Young that the AAUW’s self-esteem research had been “duplicated more than 20 to 30 times,” but when Miss Young asked for a list of published titles, Mrs. Bryant could only refer her to an article in Sassy magazine. As far back as 1991, Science News ran a story reporting the disbelief of leading researchers.

Mrs. Bryant moved quickly to do a second, equally unscientific, study of gender bias. Education Week reports that she spent $100,000 for the study and $150,000 on promoting it. The promotion was spectacularly successful. As Mrs. Bryant boasted in a recent fundraising letter: “Our report opened the eyes of Congress, the media, and the public to the tragedy of gender bias in the schools today.” 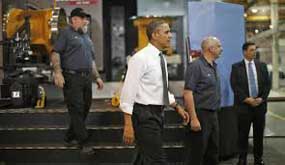 SHE had every right to boast. The parlous state of girls’ self-esteem had achieved the status of a national emergency. Congress quickly reacted by passing the Gender Equity in Education Act “to help make school an environment where girls are nurtured and respected”; girls are now officially categorized as a “historically underserved population” by the United States Government. Millions in grants were awarded to learn how to cope with the insidious bias against girls. A spate of popular anecdotal books — with titles like Failing at Fairness: How America’s Schools Cheat Girls and Reviving Ophelia: Saving the Selves of Adolescent Girls — deplored our “girl-destroying culture.” Novelist Carolyn See declared (in the Washington Post), “The most heroic, fearless, graceful, tortured human beings in this land must be girls from the ages 12 to 15.” According to Dr. Mary Pipher, whose Reviving Ophelia has been on the New York Times paperback best-seller list for more than seventy weeks, “Something dramatic happens to girls in early adolescence. Just as planes and ships disappear mysteriously into the Bermuda Triangle, so do the selves of girls go down in droves. They crash and burn.”

The public’s perception of what was going on in the nation’s schools had been permanently affected, and AAUW membership shot up.

It hardly matters that the so-called tragedy of America’s victimized and diminished girls exists only in the minds of feminist ideologues. Anne Bryant had put the AAUW on the map. A recent book describes how she felt when the second “shortchanged girls” study was so warmly received by the media. “Anne [Bryant] said, ‘I remember going to bed the night our report was issued, totally exhilarated. When I woke up the next morning, the first thought in my mind was ‘Oh my God, what to do now?”‘

Well, what will she do now? First, we may be sure she will neutralize the relatively conservative membership of the NSBA and surround herself with her own kind of activists. She makes no bones about her intention to lead on the issues as she sees them: “When you take on a position, not everyone is going to love you.” Second, she will be up to her old tricks of sponsoring advocacy research, announcing “findings,” and getting the public aroused to new “unacknowledged tragedies.” Education Week reports that she is already engaged in forming an NSBA Foundation she “hopes to use to conduct research on issues facing school boards.” So while we do not yet know the details, we know what to expect: more use of “educational initiatives” for political ends; more aggressive shaping of the public perceptions of what is going on in the nation’s schools; and above all, more government money for educational apparatchiks to deal with phony issues that have no conceivable educational value.