The whole world is already aware that the United Kingdom is already making the necessary preparations for the looming Brexit or the UK’s official separation from the European Union. This move in itself is unexpected when it was first brought to lights considering it has not been done before by any nation and it now raises a lot of questions as to life after Brexit. One of the issues tackled concerns UK customs check with Northern Ireland. 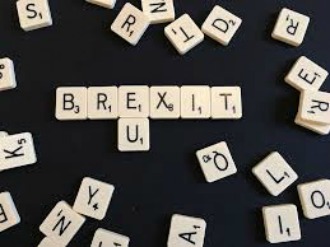 Customs issues aren’t that big of a deal before as most of these countries all belong to the European Union and therefore enforce laws that are beneficial for each other especially when it involves the trading of goods. But today, it has become an issue as there are now borders that must be maintained and new laws and regulations to be drafted and enforced once the UK officially leaves the European Union for good.

The UK government has dismissed claims that its plans for a new customs relationship with the EU are a “fantasyâ€ as it restated its opposition to the reintroduction of checks at the border between Northern Ireland and the Irish Republic.

The Northern Ireland secretary, James Brokenshire, said the government’s plans to minimise customs checks with the EU after Brexit were realistic and that Guy Verhofstadt, the European parliament’s lead Brexit negotiator, was wrong to describe them as unworkable.

Theresa May used an article in the Belfast-based Irish News, a nationalist newspaper, to reassure nationalists living in Northern Ireland that Brexit would not see the UK turn its back on its “unique and special relationship”with Ireland.

The thought of having invisible borders is considered more of a fantasy, especially with Brexit looming on the horizon. Trading with other nations belonging to the European Union will no longer be the same and the United Kingdom must identify as early as now the issues that may arise regarding border and customs check to make appropriate preparations for it while there is still time to prepare. It is an issue of national importance considering how trading is vital to both nations – Britain and Ireland.

The British government has vowed repeatedly to end the free movement of people from the European Union when the UK leaves the bloc in 2019. But on Wednesday it acknowledged that, in one area of the country, it won’t.

Britain said there must be no border posts or electronic checks between Northern Ireland and the Irish republic after Brexit, and it committed itself to maintaining the longstanding, border-free Common Travel Area covering the UK and Ireland.

“There should be no physical border infrastructure of any kind on either side of the border between Northern Ireland and Ireland,” Conservative British Prime Minister Theresa May said.

That means free movement across the border for British, Irish – and EU – citizens. After Britain leaves the bloc, EU nationals will be able to move without checks from Ireland to Northern Ireland, and onto other parts of the UK.

Europeans and British people alike have been used to free movement and trade all over Europe for the longest time but this will soon come to an end once Brexit is successfully implemented. While it has its cons, some Britons consider this limitation in the movement to their favor and will give the United Kingdom more control in restricting immigrants and those who desire to study, work, or live in Britain. It has been evident with the votes from Britons who chose Brexit over staying with the EU.

For the benefit of everyone, many are suggesting a “customs partnership”between the UK and the EU in the wake of the Brexit to at least get rid of the problem of having goods checked every time their citizens cross the border. Everything is still a work in progress and both still have time in wrapping up all loose ends for a peaceful and less problematic transition post-Brexit. Fantasy or not, it’s hard to tell by now how things will change for everyone concerned.