The world would be a boring place if not for the arts. And when we talk about the arts, we are not just referring to paintings or other artworks and art pieces. The arts encompasses other branches that require people to express their creative skills and imagination such as literature, visual arts, and the performing arts. Getting lost in the arts now and then is a great way to de-stress and appreciate the beauty of this world without constantly worrying about more important life issues. We also get to appreciate other people’s talents that we rarely get to see during ordinary days. 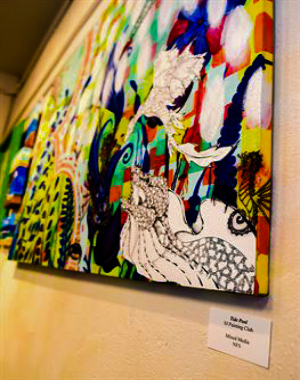 In a country like America, people like to appreciate all forms of art. Just look at how lively the entertainment industry is, and we are referring to singers, performers, and artists that brighten up our lives. Even art galleries and museums are frequented by both tourists and local visitors alike, allowing the younger generations to appreciate what real works of art look like. But there is bad news and I am sure you’ve heard of it already – the federal funding for the arts has been reduced – greatly.

If the White House and Republicans in Congress do move forward with shuttering the two federal cultural agencies, it would be bitterly ironicâ€”because those institutions were once radically reshaped to support the very kinds of programs that now face defunding. The NEA and NEH were founded in 1965 as part of President Lyndon B. Johnson’s Great Society agenda. For that reason alone, they drew the ire of conservatives, but the resistance to art funding first coalesced in the early days of Ronald Reagan’s presidency. Republicans advocated the elimination of both agencies, but a special task force that included Reagan’s old Hollywood buddy Charlton Heston convinced the president not to ax their funding. Nevertheless, Reagan appointed chairs like Lynne Cheney, who was intent on ferreting out “anti-Western”scholarship and imposing new “standards-based”requirements to insert into school curricula.

Many are frustrated now on President Trump’s actions and start to doubt the state of his (mental) health because he is not really doing anything to fulfill his promise of making America great again. He is almost one year in office and he hasn’t really done anything substantial to fulfill that promise aside from his personal vendetta of getting Obamacare repealed and reducing the federal funding of state agencies he personally feels are of no use to him (and eventually getting them abolished too).

This, after all, may be the most arts-hostile president in modern American history. In “The Art of the Deal”he recounts that, as a second grader, he was nearly expelled for literally punching his music teacher in the face â€” not a glancing swat but a blow that, according to Trump, gave the teacher a black eye. Since his election victory, Trump’s cultural pugilism has many new avenues for expression. He has attacked individual actors, the cast of the Broadway smash “Hamilton,”and, repeatedly, television’s “Saturday Night Live.”Most notably, he has proposed a budget that would eliminate the National Endowment for the Arts. Meanwhile his own President’s Committee on the Arts and Humanities recently resigned en masse, citing his “hateful rhetoric”in an open letter that stated forcefully “your values are not American values.â€

While the president does not see any practical use for the arts, it actually serves a deeper purpose that benefits the entire nation. It sharpens a person’s sense of empathy and encourages us to think outside of the box and have a different perspective on things seeing that we are generally just looking at artistic expressions that have no literal meaning. And don’t start arguing now that we don’t benefit from the performing arts too because we do benefit from them, even for just the entertainment they bring.

But if we let the president get his way, the nation will be reduced to nothing but a black and white landscape devoid of life where all you can hear are his endless rants on Twitter that aren’t just insensitive and biased but annoying too. But then, if you look at it in a different light, just seeing or hearing about him is a comedy act in itself, so, let’s just wait and see how the future unfolds.