The Women of Science – The Struggle Is Real

We were taught from a young age that those who shaped history were men. But since we just celebrated the International Women’s Day this week, we should also recognize the contributions of women in science. If not for their specific achievements, then let us pay tribute to them for being the inspiration of great men of yesteryears. After all, behind a great man is a great woman. 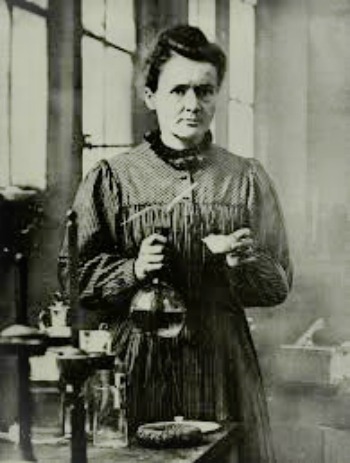 Indeed, many great women have walked this earth and their contributions have outlived them and benefit many of us today. Theguardian.com has a story on women who are unsung heroes in the field of science.

This is where history steps in to remind us that even the ability to participate in science has always been political. TrowelBlazers is an organization that tracks the struggle women have experienced following their passion for science, and while early female pioneers faced different prejudices from those experienced by other marginalised groups (whether based on ethnic, sexual orientation, gender or ability), the ground-breaking – literally- work of female scientists shows us not just how to fight back, but that the fight is worth it.

The story of women in archaeology and the earth sciences is often one of unsung contributions; women painstakingly illustrating geological formations for their spouses’ fancy scientific tomes, their only credit the occasional guest appearance in the acknowledgements. The names of those famous husbands, like Flinders Petrie the Egyptologist and general media darling become cultural institutions, but never think of his wife Hilda Petrie, who not only found the money to pay for all those pith helmets, but independently dug her own sites.

Still less do we think of the dedicated women who lacked the finances or connections to make a splash in the drawing rooms of scientific societies, like Egyptologist Margaret Murray. She may have enthralled hundreds with her live, ticketed â€˜mummy unwrappings’ but her students still had to club together to buy her academic robes.

These women have made their mark in history. That is without a doubt. As the world progresses and many breakthrough technological advancements keep on taking place, women still have more to contribute and a chance to show everyone just what they are capable of. Very few women attempt to try the field of computer science and the reason stems from their youth.

“So we cannot be what we cannot see, and we can’t expect our girls to aspire to be something that they don’t see themselves in. And so culture, I think, is the number one reason why you have this massive decline. It’s not about aptitude. And you see this really happen around middle school when girls are more attuned to what they see in magazines, what they’re watching on television what they see on Netflix. And so I think that role models play a huge role in sparking girls’ interest in computer science.â€

Most women have gone through phases in their lives where they were made to feel to be the weaker sex especially in a field dominated by men like math or computer science.

The same thing always happened in math class, starting in high school and continuing through college: I knew that I unless I went to the board and solved a complex problem off the top of my head, I would spend weeks fending off boys who wanted to “tutor”me. They came unsolicited, most frequently in the first week, and I knew why: I was a girl, therefore I was not good at math, therefore they would help me. (“You should be flattered,”a friend told me once. “Maybe they think you’re cute and they’re shy.”Why would I be flattered by a suitor who implied I was an idiot, I wondered.) So it was crucial to publicly solve a difficult problem immediately â€” otherwise I would not be left alone to work.

I have often wondered what it would be like to walk into a math class and not have to prove I belong there. Proving myself was tiring, and my male classmates didn’t have to do it. They already belonged; only my membership was in question. Eventually I left math, when I got sick of proving myself. There’s a lot of talk about the leaky STEM â€” science, technology, engineering, and math â€” pipeline for women; I am one of the drips, a woman who left.

It may be infuriating at times but women have got to keep their cool. The world is ever changing and gender equality is being pushed on all fronts. If you look around you, you can see many women filling up important positions and becoming more vocal in their views in life. We have a long way to go but women should not lose faith that the time will come they will get the respect they deserve because of what they can do and contribute to society.