Most of us are just average people living our ordinary (and probably boring) lives but there are some destined for greatness. These geniuses have great contributions to the world at large that will be remembered for years to come. Whatever we have in this world, we owe it all to these innovators who defied conventional wisdom and took a risk to make a difference in everyone’s lives. 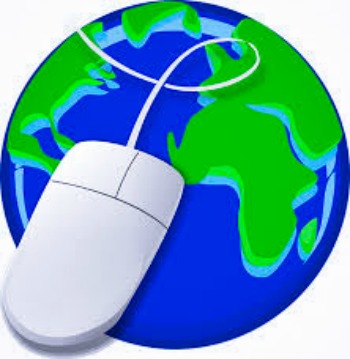 Everything we have now has been invented by someone, right – the telephone, the airplane, the air conditioner, the car, and so on and so forth. Even the technology we have now all came from scratch. But wouldn’t it be cool to be the person to invent something we now use and can’t live without – the World Wide Web. How does he feel after seeing his life-changing invention shape the world we now live in? Let us all meet Tim Berners-Lee.

In 1989 Tim Berners-Lee, a programmer at the physics laboratory CERN, proposed a system that would allow computers to publish and access linked documents and multimedia over the Internet. Today, the world runs on the Web. Berners-Lee was recently given the ACM Turing Award, considered something like the Nobel of computer science. He talked with MIT Technology Review’s Tom Simonite about why he invented the Web, why Web access is a human right, and how his creation could be improved.

Who would’ve thought that his simple idea would blow out of proportion and fuel everything that we now have on the planet? Businesses need technology to reach people and make sales (profits). Even ordinary people use it on their day-to-day to access their social media accounts and connect with the people who matters to them the most. You no longer need to go to the movies to watch a good film because Youtube got you covered. Even tech staples like smartphones and tablets have all been inspired by the web, not to mention that computers and laptops that are now selling like hot pancakes.

MIT Professor Tim Berners-Lee, the researcher who invented the World Wide Web and is one of the world’s most influential voices for online privacy and government transparency, has won the most prestigious honor in computer science, the Association for Computing Machinery (ACM) A.M. Turing Award. Often referred to as “the Nobel Prize of computing,”the award comes with a $1 million prize provided by Google.

In its announcement today, ACM cited Berners-Lee for “inventing the World Wide Web, the first web browser, and the fundamental protocols and algorithms allowing the web to scale.”This year marks the 50th anniversary of the award.

A principal investigator at MIT’s Computer Science and Artificial Intelligence Laboratory (CSAIL) with a joint appointment in the Department of Electrical Engineering and Computer Science, Berners-Lee conceived of the web in 1989 at the European Organization for Nuclear Research (CERN) as a way to allow scientists around the world to share information with each other on the internet. He introduced a naming scheme (URIs), a communications protocol (HTTP), and a language for creating webpages (HTML). His open-source approach to coding the first browser and server is often credited with helping catalyzing the web’s rapid growth.

It is only but expected to recognize the contribution of Berners-Lee in the creation of the Internet. His humble invention made global interconnectivity possible and so much more. But is he as thrilled as all of us to see how we make use of the web in our daily lives? How does he feel about cyber criminals taking advantage of his creation? Why did he create the web in the first place? The questions are endless.

Berners-Lee created the Web in 1989 as a way for researchers to share information with each other on the Internet. He conceived of the idea while he was working at the European Organization for Nuclear Research (better known as CERN). At that time, Berners-Lee says, scientists were using many different kinds of computers â€” Macs, PCs, minicomputers, etc. â€” and there was no way for these computers to talk to each other.

“It was designed to be universal. The whole point was breaking apart silos,” he says.

He wanted to make communication easier. And he believed deeply in the power of a connected world to help us all work more efficiently and collaboratively across cultural boundaries.

“The idea was that it could put anything on it. I never imagined that it would kind of have everything on it,” Berners-Lee says.

Everything has a good and bad side. And it must have been disheartening for him to witness all the negativity that surrounds the web now.

Berners-Lee initially imagined the Web as a beautiful platform that could help us overcome national and cultural boundaries. He envisioned it would break down silos, but many people today believe the Web has created silos.

And he still largely sees the potential of the Web, but it has not turned out to be the complete cyber Utopian dream he had hoped. He’s particularly worried about the dark side of social media â€” places where he says anonymity is being used by “misogynist bullies, by nasty people who just get a kick out of being nasty.”

He remains to be an optimist and believes that everything will fall into place as the web evolves. While we can’t always prevent people from abusing any form of technology, the potential from the Internet far outweighs any possible danger lurking in the dark corners of the web. Berners-Lee has good reason to be worried about all these things because they are a reality in our world today. People’s identities are stolen, data thefts abound and cyber criminals of all sorts are always on the lookout for a vulnerable victim.

What we just need to remember is that in a platform as open and at the same time as mysterious as the Internet, eternal vigilance can go a long way in protecting yourself from criminals that even the founder of the Internet has not prepared everyone for.