The Europeans Take Their Health Seriously

Health is wealth. No one will argue with you on that. You have to take care of your health really well because you only have one life to live. And most importantly, you can’t take all your earthly possessions with you to the grave. From infancy to adulthood, health should always be a priority of everyone. Unfortunately, health diseases and disorders do not discriminate whatever your age or gender is or whatever part of the world you live. 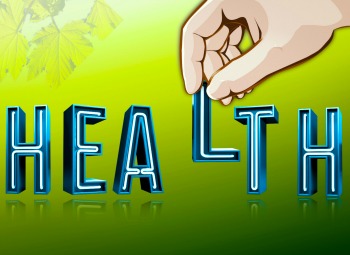 Some nations have better healthcare systems than others. You are lucky if you are a citizen of most progressive countries in Europe because the healthcare system is subsidized and almost free for all. For the rest of us, paying for healthcare services is quite expensive and you wouldn’t want to get sick or risk accumulating lots of debt in the unfortunate case that your health fails and you need urgent medical help.

For a French presidential election campaign, healthcare was unusually high up the agenda – a major factor for this being the call to roll back compulsory health insurance to cover only serious and long-term illnesses, such as cancer and diabetes.

This policy had been put forward by conservative candidate FranÃ§ois Fillon, but Macron championed the opposite, vowing to extend public health insurance coverage to include things such as free glasses, hearing aids and dentures.

At the same time, Macron is a former economic minister, and knows France faces an ever-growing healthcare budget (like all developed countries), and must find ways to pare back costs.

The magnitude of savings needed is huge, so Macron has proclaimed the need for a fundamental switch away from a sickness-focused health service to one emphasising prevention and public health.

Macron has promised â‚¬5 billion extra for hospitals, but is targeting billions of euros in savings from a greater reliance on primary care and prevention.

France’s new president is a total novice in politics just like US President Trump but he may be the welcome change that France needs amidst threats of the Brexit and its impact to the rest of the nations in the European Union. When it comes to healthcare, Macron may likely focus on disease prevention and will shell out as much â‚¬5 billion in funding the technology to realize his goals.

Millions of Britons could have their access to free health insurance taken away after Brexit, a parliamentary report has said.

MPs on the health select committee urged the government to offer more guarantees for Britons visiting the continent after hearing evidence that without the right to receive treatment in countries that are part of the European Economic Area, people with cancer could find it too expensive to go to Europe.

In a strongly worded report on the effect of Brexit on health and social care, the committee said the challenges created by losing reciprocal health arrangements should not be underestimated.

British travellers can currently use the European health insurance card (Ehic), which guarantees access to healthcare free or at a reduced cost in Europe. The EU member state providing treatment is able to claim back costs from the patient’s home country. Some estimates suggest that up to 27 million Britons have cards.

We all need access to universal health care services at every stage of our lives. Such an access should actually be included in the bill of rights. Most European nations utilize the single-payer or the universal healthcare delivery system wherein health care services are rendered to every citizen of the land. Basically, its objectives include having an efficient healthcare system, access to drugs and medical technologies, financing service and skilled healthcare workers.

The benefits of single-payer type of health care are having equal access to health care as well as to improve public health. Others include reducing paperworks, to encourage entrepreneurship, prevent medical bankruptcies, boosts the economy, benefits businesses, and values human rights. All these are valid reasons why Europe has a world class healthcare delivery system that America can only dream of.