The Dangers Of Alcohol

Daily life is a grind for some. Life is not always easy. It may be full of drama, confusion, arguments, questions, and challenges that are just too much to handle for an ordinary person. It also has its humor, meanwhile. While it’s great that only a handful succumbs to depression or insanity, many resorts to coping mechanisms that have to do with drugs, smoking, and alcohol. 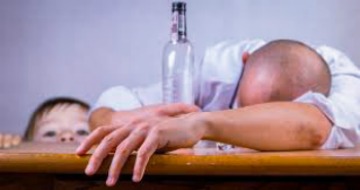 Among the three, people often think of alcohol as the least dangerous when it comes to the health risks involved. But the truth is, they all pose the same health risks. Alcohol is bad for your health especially for the liver and it is also an addiction that is just as hard to quit from like smoking and drugs.

Alcohol is a topic you should definitely discuss with your child. You should warn him or her that they will be around it at least once, if not multiple times during their high school experience, so they should learn about the negative effects drinking alcohol before their 21st birthday can have on them.

Despite it being a violation of the law, it can lead to other bad decisions. Under the influence teens crash cars, get into physical fights, put themselves into situations where they can be taken advantage of and often drink too much without realizing it, giving themselves alcohol poisoning; all very dangerous and life-changing situations teens could find themselves in.

Though, all it takes is one night, one bottle and one mistake. To protect your child from this, you should remind him or her that if they fall under the influence of alcohol, they put themselves at risk for all of the things listed above.

People nowadays take alcoholic drinking lightly. Most teens and young adults make it a habit of drinking whenever there are occasions or even every weekend. It has become a cool thing to do that the more people are told it is bad, the more they actually drink.

The abuse of alcohol makes a you do things you would not normally do when sober, such as acts of public indecency and general bad behaviour.

Alcohol takes away your conscience and inhibitions.

More often than not, you are so ashamed the day after that you go and drink more so that you can face those that you wronged.

This is a flimsy excuse and is not the solution.

Many people binge drink over the weekends.

But when you cannot get through a weekend without drinking yourself into a stupor, you are actually an alcoholic.

It becomes such a lifestyle that many women continue to drink even when they are pregnant.

The dangers of alcohol not only affect your health but your safety and security too. Millions of lives have been lost due to drunk driving. Drunk drivers are a death trap on the road but why is it that their menace continues.

The failure to help children of hard-drinking parents is putting lives in danger, MPs will say on Wednesday.

The warning comes as a cross-party alliance launches its manifesto to help the 2.6million children being brought up by alcoholic parents.

The blueprint calls for a national strategy for children of alcoholics, action to curtail the promotion of booze, better funding and more education about the dangers of heavy drinking.

It also says the government should bring in a minimum price for alcohol and introduce a new legal obligation on councils and NHS to identify the scale of the problem in their area and report every year on what they are doing to help the children of hard-drinking parents.

Just like any other addiction, saying goodbye to alcohol is easier said than done. If it was, nobody would struggle to go to every Alcoholics Anonymous meetings or suffer from the associated withdrawal symptoms. And we haven’t even started yet on the topic of blackouts – lapses in memory during drunken episodes. Crimes were committed at this time without the drunk person knowing of ever committing them. So, think twice about gulping that bottle of beer or those shots of tequila and think about all these dangers too much alcohol consumption poses to your health and to everybody else.