Back in the day, only adults complain of sleep issues. From your productive adult years to later in life as a resident in a nursing home, sleep can evade you and leave you wide awake at night.

On the other hand, children enjoy more sleep than adults. No or lesser responsibility allows them to sleep longer hours. Their active lifestyle of play and make believe also leave them exhausted at the end of the day, making it easier for kids to drift off to sleep once they hit the sack. And it makes sense considering a child’s body needs enough sleep and rest to grow big and strong. 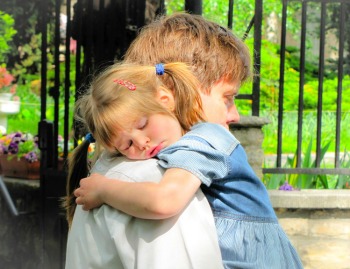 However, the many distractions of technology compete with a child’s attention and sleep is the last thing on their mind. Most children nowadays stay up way past their bed time. That is unheard of over a decade ago when kids have nothing left to do once night time falls. Today, they have iPads and tablets that are full of interesting apps they can’t get enough of. Older kids also have their own smartphones. As a result, sleep problems like insomnia, snoring, or sleep apnea become common in kids and it is a cause of concern for parents.

Hospital attendances in England for children under 14 with sleep disorders have tripled in 10 years, according to NHS data analysed by BBC Panorama.

Ten times more prescriptions of common sleep medication melatonin have also been written for children and adults under 55 over the same period.

Poor sleep in children has been linked to a greater risk of obesity, lower immunity, and mental health issues.

It is also linked to lack of emotional control and poor school performance.

Overexposure to gadgets also exposes kids to blue light that reduces melatonin production, the hormone that makes people feel sleepy. Lack of sleep lowers immunity and makes you more prone to sickness. Apart from that, their school performance also suffers.

New work opportunities also allow parents to work remotely from home. It has an edge allowing them to earn from home and still look after their kids. The problem is that they get busy at night and bedtimes are pushed much later. Also, it is easier for a busy parent to indulge their child with the tablet so they can be more productive at home.

A child needs 9-11 hours of sleep daily for normal growth and development. But the average sleeping hours most kids now get is 7-8. In the U.K., more and more children end up in the hospital because of poor sleeping habits.

The number of children admitted to hospital with problems sleeping has risen by a tenth in a year in Birmingham.

There were at least 328 admissions in 2015/16 of children aged 18 and under with a primary diagnosis of sleeping disorders from the Birmingham CrossCity CCG.

The numbers may be slightly higher for both years as the number of admissions for some age groups has been suppressed to prevent identification.

Children aged between zero and four were the most likely to be admitted, with 163 admissions in 2015/16.

If you do not address sleeping issues in kids, it can be a constant issue as they enter their teens. Along with their raging hormones and other puberty milestones, it can leave them confused and prone to mental health issues.

Researchers and health professionals have long known that too little sleep in adolescence is related to pretty much all things bad for their mental health, including irritability, moodiness, anxiety, poor decision-making, inattention, behavior problems, and even suicide ideation and attempts.

Similar to sleep issues with kids, electronic gadgets are yet again the major factor that causes sleep deprivation in teens. They have more independence to do the things they like but sometimes lack the wisdom to discern what is right from wrong.It might seem like a difficult feat to accomplish but the only way to bring back normal sleeping habits among kids and teens is to take away gadgets that can mess with their sleep and establish daily routines.

It might seem like a difficult feat to accomplish but the only way to bring back normal sleeping habits among kids and teens is to establish routines and take away gadgets that can mess with their sleep. Either you do that or you all suffer frol lack of sleep.