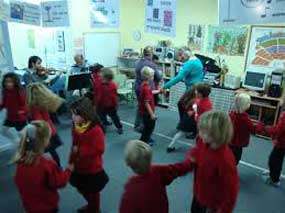 Lusk, 50, got the idea for this unique singles-only volunteer organization in 1995, when she was living in Stowe, VT. The newly separated mother of two signed up to serve Thanksgiving dinner at a homeless shelter. “I was there to sling hash-that was it,” she recalls. But, besides serving up turkey and good cheer, many of the volunteers were also doing a lot of laughing and talking among themselves. It suddenly hit Lusk that volunteering would be a great, no-pressure way for singles to connect. So she read up on dozens of dating services, singles groups, charities, and nonprofit organizations: “Then I called all my friends, and told them to call their friends. Soon I had a database of one hundred twenty-five single men and women, and a list of potential projects.”

One weekend, 20 volunteers Cleared brush and pruned trees at a state-owned park lodge in Groton, VT. “We called it a reenactment of The Big Chill,” says Lusk. “We worked hard all day, and then stayed up until three in the morning, talking. When it was time to go, nobody wanted to leave. People said they hadn’t had that sense of togetherness for a long time. I mean, how many adults get to have a slumber party?”

Membership rapidly grew, and now there are at least 20 regional chapters, each operating independently, with volunteer leadership and minimal dues to cover mailings. All chapters are based on Lusk’s original blueprint: Collect an equal number of single men and women of roughly the same age, set them to work on a volunteer project that allows for plenty of mingling, and see what happens.

Born in Ohio and raised in Japan and Morocco, Lusk has had a long and varied career in public service, including an 11-year stint as an appointed member of the Vermont Board of Forests, Parks, and Recreation. A year ago she moved to Ann Arbor to begin a Ph.D. program in architecture at the University of Michigan. “I’m on scholarship,” she says with justifiable pride. But she still spends hours each week counseling members of new SV chapters. And she does it “with no budget and no staff, because I’m not out to make money from this. I’m out to show people that clearing trails or planting bulbs can be a lot more rewarding than answering a personal ad. Even if you don’t meet a life mate, you’ll be working for a good cause–and having a really good time.”

3 Responses to “Single And Doing Good For Others: Nice Trade”