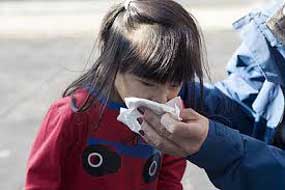 In the meantime, here’s what parents need to know about drugs most often given to kids:

How they work: fight off bacterial illnesses, such as ear infections and strep throat.

Testing: The most commonly used antibiotics have been thoroughly tested on kids and approved for such use by the FDA.

Risks: Newer antibiotics, such as cefixime (Suprax), cefuroxim (Ceftin), cefprozil (Cefzil), and azithromycin (Zithromax), kill a wider range of bacteria but may encourage resistant strains to develop in your child. They should be used only when other antibiotics don’t work.

How they work: open up constricted airways, which can lead to asthma attacks.

Testing: These drugs, which have been available for several decades, haven’t been well studied in young children, and their long-term safety is unclear.

Risks: Regular use can cause hyperactivity, a reduced attention span, and shakiness in children.

How they work: Used once or twice a day, these drugs alleviate the underlying lung inflammation of asthma.

Testing: Research in young adults indicates that early intervention with anti-inflammatory steroids, which have been around for decades, may improve the long-term prognosis. Because this type of medication is so promising, asthma specialists and pediatricians prescribe it for children as young as 6 months.

Risks: Studies have demonstrated that kids who take a high dosage–about ten puffs a day–have slower growth rates than other children. It’s unclear whether children taking normal dosages will experience growth problems. Other research shows that children taking the drugs suffer bone loss. For now, experts advise that kids who take anti-inflammatory steroids have their growth monitored frequently, and consume at least three to four servings of dairy products daily.

Steroids can also suppress the immune system, so catching chicken pox can be dangerous, even fatal. Any asthmatic child who needs oral steroids should get the chicken pox vaccine first.

Alternative medications: Parents who are worried about side effects should ask their doctors about a nonsteroidal inhaler, which is safer. This medication, cromolyn (brand name, Intal), is about as effective as steroidal medications at preventing attacks and modifying the severity of the disease, but it must be used more often.

How they work: stop acute asthma attacks, keeping kids out of the hospital.

Risks: Because the drug is swallowed rather than inhaled, it’s absorbed in larger amounts and thus has greater potential for harm. When used in short courses of three to seven days, it doesn’t seem to cause much trouble beyond temporary agitation and aggressiveness. But because some adults who have taken the medication long-term developed cataracts, experts caution against giving a child more than three or four courses per year.

How they work: block the action of a group of chemicals that cause wheezing, warding off asthma attacks.

Testing: Recently granted FDA-approval for use in children ages 6 and up. However, the single study of the drug was short-term, so long-term follow-up is needed.

Introduced for adults about ten years ago, these have been hailed as a major breakthrough in treating depression. Last year, nearly one million children under age 18 were given prescriptions. But some experts are worried that the medications are being prescribed for children who are simply experiencing the normal mood swings of growing up.

How they work: increase levels of the brain chemical serotonin, boosting mood.

Testing: To date, only one major study has been done in children ages 7 to 17. About half of the 48 kids taking Prozac showed improvement, but a third of those taking a sugar pill also improved. Three patients on the drug developed mania, a condition involving excessive feelings of euphoria or rage.

Concerned about the use of these drugs in children, the FDA has asked manufacturers to submit additional safety data on kids.

Risks: It’s not known how SSRIs affect children’s brains, which change rapidly as kids grow. Also, child-size dosages haven’t been officially established. However, the drugs are helpful for children who are truly depressed–those who haven’t been able to function in school or sleep at night, or those who have attempted suicide. Kids taking SSRIs should be monitored frequently and have therapy. 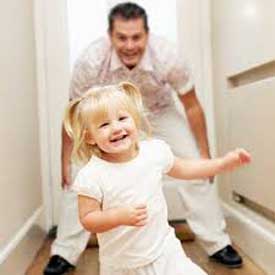 An estimated 2.5 million children take Ritalin, a stimulant medication used to treat attention deficit hyperactivity disorder (ADHD). Ritalin has been approved by the FDA for use in children ages 6 and up, but some doctors fear that the drug is being prescribed far too casually. In 1992, about five and a half million prescriptions for Ritalin were dispensed; by 1997, that number had jumped to fifteen and a half million. Now, researchers are discovering an alarming practice: One study shows that very young children–even infants–are being given a diagnosis of ADHD and put on Ritalin and other drugs.

How it works: acts on several parts of the brain, improving concentration.

Testing: While there have been many short-term studies, long-term research is lacking. In addition, there are no studies of Ritalin’s safety or effectiveness on preschoolers or infants, so we don’t know how the drug might affect their rapidly growing brains.

If you have a child who is at least 6 years old and who is suspected of having hyperactivity or concentration problems, first send him for a thorough physical exam. If there are no physical problems, take your child to a child psychologist or psychiatrist for an evaluation. If ADHD is diagnosed, the disorder should first be treated with behavioral modification. Medication should be considered only if this doesn’t work.

Children younger than 6 should take stimulant medications only in rare cases. They should be given Dexedrine, which is approved for use in children as young as 3.

Can You Trust Over-the-Counter Drugs?

When Deborah Regosin’s 14-month-old, Sophie, was running a fever, Deborah called her doctor, who recommended giving the baby a teaspoon of liquid Tylenol every four hours. He didn’t specify, however, the children’s or infant’s formulation, although he meant for her to use the children’s. Unfortunately, Sophie’s mother bought Infant’s Tylenol–a preparation that’s intended for babies up to age 3 and is three times as strong as Children’s Tylenol (it’s concentrated because it’s so difficult to get babies to swallow medicine). And, instead of using the dropper that came with the bottle, Sophie’s mother bought a bigger dropper so she could dispense the teaspoon her doctor indicated. Every day for four days, Sophie’s mother continued the doses. Gradually, the baby grew pale, listless, and finally, unresponsive. By the fifth day, her liver was failing, and she was rushed to the hospital. Sophie survived, thanks to an emergency liver transplant. But for the rest of her life, she’ll have to take antirejection drugs.

All over-the-counter (OTC) medications must be FDA-approved, so they’re required to be tested on kids and labeled with specific dosage information for children. The danger is that these drugs can cause serious problems if they’re abused or used carelessly. In fact, according to a recent study, at least 24 children in the United States have died because of accidental overdoses of acetaminophen–the active ingredient in Tylenol and many other fever and pain relievers.

But Tylenol isn’t the only OTC medication that can harm children if it’s used incorrectly. Ibuprofen can cause kidney problems in kids who are dehydrated because of diarrhea or vomiting. And decongestants can cause heart-rhythm abnormalities in children with heart problems. To head off trouble, the FDA has proposed making OTC labels more consumer-friendly by listing side effects and advice about when to consult a doctor in an easy-to-read format. (Tylenol’s manufacturer has already made some labeling changes; on the infant’s formulation, for example, parents are alerted to the fact that it is concentrated.) In addition, the FDA has proposed adding information on proper dosages of painkillers for children under age 2.

* Avoid giving your child combination cold and flu products, which usually contain more medicine than he needs. Pick a medicine that fits the symptom(s).

* Always use the dosing dispenser that comes with the medication.

* Consult your doctor if there aren’t any age-related dosing instructions on the package.

* Never use any OTC product, with the exception of acetaminophen, on a child younger than 6 months, and then use only with precise dosing instructions from your doctor.