Raising Awareness To Save Mother Earth

By now, most of the people currently living on the planet are aware of the desperate state it is in because of negligent human activities that have hastened global warming and climate change among others. We can feel Mother Nature’s wrath now and then and lives are taken as well as properties are destroyed as natural weather systems have intensified due to our higher carbon footprint, abuse and misuse of the world’s resources and basically most of the things we do in our everyday lives. 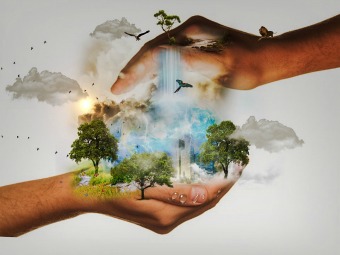 Today, environmentalists are working double time to encourage everyone to make lifestyle modifications that will benefit the planet to ensure that future generations still have a livable world to live in in the years to come. Not only are these initiatives started by conservation and environmental groups but even by well-known personalities and public figures that show genuine interest in protecting the environment at all cost and using their position and influence to deliver their message to a wider audience.

After public attention towards climate change increased after Former Vice President Al Gore released â€˜An Inconvenient Truth’, it is Johan Rockstrom’s highly influential article in 2009 called â€˜A safe operating space for humanity’ which has had a substantial influence on the discourse of sustainable development, as well as my narrative. Rockstrom and his colleagues enlist nine â€˜planetary thresholds’ which are nine ecological balances, whose resilience and â€˜carrying capacity’ should not be tampered with.

With humanity and the planet Earth having passed the Holocene stage, a stage where all ecological systems and the Earth’s regulatory capacity provided conducive conditions for uninterrupted human development (such as availability of freshwater, regular temperatures, biogeochemical flows etc.), we are now at a stage called Anthropocene, where the main catalyst for global environmental change is human activities. When we consider the nine planetary thresholds, the three thresholds which have already been crossed (climate change, biodiversity loss and nitrogen cycle), we can imagine an extrapolated rendering of the “tragedy of commons”as described by Hardin, where humanity’s unperturbed carelessness with production and consumption will exhaust an already depleted planet Earth, which is the â€˜commons’ in this case.

Most of the time, the ordinary person will no longer bother himself/herself with issues like this one because they are busy making both ends meet that the simple act of surviving got them preoccupied all the time. It is why it helps to have prominent figures speak up about these sensitive and timely issues that can very well equate to the survival or the end of the human race to inform every one of our moral obligation to do our part in saving the world.

A group of 60 Canadian and Chinese scientists and students are meeting in Windsor this week to discuss common water issues faced by both nations, such as the effect of intensive agriculture on bodies of water.

Canada has much to learn during the talks, largely because China has advanced policies for water conservation and pollution reduction, according to University of Windsor professor Doug Haffner, one of the organizers of the conference.

“[China‘s] water research, water management program is larger than Canada‘s whole GDP. They have resources to do experiments that we are not capable of doing here in Canada,” he said. “It’s much to our benefit to work with China on these issues.”

Canadians have room to improve when it comes to reducing the use of chemical fertilizers and consuming less water, explained Chang-Qun Duan, one of the scientists in Windsor for the conference.

Saving the environment really takes the concerted effort of everyone. We should all set aside our individual differences and unite for a common goal – protect the planet with our lives because we only have one home that we can call our own in the vast realms of space. No matter what country you are from, we still breathe the same air and use the same resources, so it makes perfect sense that we work hand-in-hand in addressing the major environmental issues we are facing right now that are mostly actually our own doing too. After all, more hands are better than one. So, what are you waiting for? Stop being a passive observer and become an active participator in saving the planet from now on.