Making a living isn’t always that easy. Working a regular blue-collar job may bring in the bacon and feed the family but it is not always enough to provide life’s luxuries. So, if you are looking for another stream of income, selling marijuana may be an option for you. The times have changed and not everyone will raise an eyebrow anymore when they hear the term “marijuana”especially one that involves its trade. These days, marijuana is becoming more and more profitable for anyone who is interested in making serious money from it in states that have given the go signal to its use and sales. 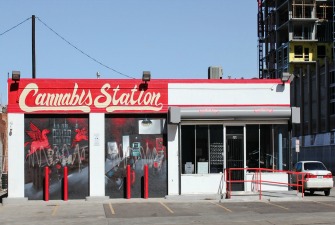 There are various ways for you to earn from the marijuana business. You can either grow weed, open a store, sell marijuana-use related accessories, or try the many other odd and end jobs related to this thriving industry. And as the list of US states keeps on growing, you can expect the demand for cannabis to grow even more whether it is for recreational or medical use. No need to be scared anymore of getting caught with weed in your possession because it is now legit. It may even equal or surpass the alcohol and tobacco industry once all states decide to vote in its favor. It’s not all bad, after all. Cannabis is slowly recovering from the stigma of being considered an illegal drug for the longest time.

Kadens, who worked for two years on Wall Street before starting his first energy-related business at the age of 24, said it’s easy to assume that selling medical marijuana is a license to print money.

“This has been a profitable business,”he said, explaining that a single dispensary can produce annual sales from $1 million to $10 million. “But I always say this business is two times harder and two times more expensive than you ever possibly imagined.â€

The need for extensive security, including on-site security guards, contributes to that expense. So do IRS rules that prevent the legal marijuana business from deducting any of its expenses.

While the lure to engage in a marijuana-related business is so promising right now, there are other things you need to consider like banking and medical insurance issues among other things. Yet, there are ways to overcome these issues if you really want to. Just remember that opportunities are fleeting and you may not have the same chance to make as much money with weeds as what you have now. If you are a patient who ran out of conventional medical solutions to your health woes, marijuana may also be of help whether it is cancer or a chronic and debilitating condition like arthritis and diabetes.

Medical insurance doesn’t cover it, and fewer than a dozen local physicians can prescribe it, but the medical marijuana business is quickly â€” if quietly â€” growing in Gainesville.

And though business is growing, the first physician in Gainesville to recommend the use of medical marijuana for medicinal purposes, Dr. Justin Davis, said many of his peers remain leery about getting the license to write orders for medical marijuana.

“There are only a relatively small number of doctors licensed to write orders for medical marijuana because the rules and regulations governing the practice are confusing, cumbersome and intimidating to a lot of doctors, said Davis, a Gainesville-based family physician with Florida Marijuana Doctors, tucked into office space on Northwest 41stStreet.

There are always solutions to stumbling blocks and no problem is that big if you really believe in the therapeutic properties of this unassuming weed. Numerous studies and clinical trials have been conducted to test the medical properties of cannabis in treating certain health conditions and it has proven to be such a success. You’ve got nothing to lose by trying an alternative health solution like cannabis, for instance, especially that most conventional medical treatments are no longer that effective in treating modern ailments and maladies affecting humans. And best of all, you make lots of money too in case you do consider making a career out of it.