The citizens have a right to receive healthcare services from the government. From the young to the elderly, it is the government’s responsibility to look after the needs of the people – if not for free then at a reasonable price that the majority of the population can afford. After all, the public pay taxes – taxes that should be put to good use by the government and given back to the people when the need arises. 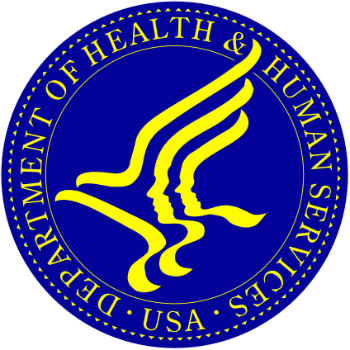 Unfortunately, politics is not always fair. More often than not, politicians are only concerned about their own vested interests and nothing more. They make policies without thinking about its implication on a full-scale and how people’s lives will be affected by it over time.This time, Obamacare is in the spotlight. Or rather, the desire to have it replaced by a Republican-approved health care law that they can claim as their own making. In short, they want the people to forget about

This time, Obamacare is in the spotlight. Or rather, the desire to have it replaced by a Republican-approved health care law that they can claim as their own making. In short, they want the people to forget about the achievements of the former leader as the ruling party strives to realize Trump’s advocacy of making America great again.

To replace the Affordable Care Act with is the heart of current debate.

But so is whether Republicans were ever serious about a full repeal. The 2015 vote was similar to prior votes in preceding years (there were 48 repeal attempts total) in which virtually every Republican swore to dismantle Obamacare completely.

But did they mean it? Were they just voting for a full repeal when they knew President Obama would never sign it?

Obamacare has helped some Americans and has hurt others. It’s complicated. But this was also true when so many Republicans also voted on a full repeal they knew wouldn’t pass. They didn’t have to think about a replacement because they knew President Obama would never get rid of his primary policy legacy.

But President Trump has vowed to repeal. The most conservative members of Congress are insisting on simply revisiting the 2015 legislation virtually every Republican already voted for.

The Obamacare repeal is probably the hottest thing to hit congress for a while now and will probably stay until they are able to come up with an acceptable health care law replacement that will appeal to all.

It’s been a rough week for GOP leadership. Their Obamacare replacement plan has been almost universally opposed by conservative pundits, policy analysts, and advocacy groups. Despite early success moving the bill quickly through two House committees, it’s clear that the battle for health care reform is going to be long and hard-fought.

In other words, the deliberative branch of government will actually have to deliberate. This is oddly refreshing given the tendency of presidents and party elites to jam legislation down the throats of the American people, often with little debate or dissent.

The balance of powers is finally making a comeback.

The funny thing about this entire spectacle is that President Trump remained in the background and allowed the Congress to do the dirty job. So, in case it backfires, he is not to blame.

What these Republican lawmakers see as Trump’s flaw is actually his greatest asset from a constitutional perspective. The man is hands-off on the hard stuff, leaving Congress to craft legislation and take the blame if it goes awry.

One could write this off as a result of Trump’s narcissism and incessant refusal to take blame. That’s fair enough, but the outcome is positive nonetheless: leaving legislation to be drafted and debated by Congress with input from the American people, as the Constitution imagined.

And the input sure is coming in. An impressive coalition of outlets and advocacy groups have been applying pressure on lawmakers to go back to the drawing board and return with a more conservative solution. Even the Heritage Foundation and Breitbart are getting in on the action, a positive development for two outfits that are often accused of cozying up to the GOP establishment and Trump administration, respectively.

It is a close fight on the approval of the new health care law between the political parties. It just goes to show that even if the Republicans seem to have the upper hand right now, there is still some sort of balance in politics after all and this drama continues to unfold with each passing day.

Health care is an important public service and it can greatly impact people’s live. Something they should always remember during heated discussions about the Obamacare repeal and other related arguments concerning it. Let us just all hope that these politicians do not forget why they are in public office in the first place, which is for public service and public trust.