For over a decade, Youtube has made a big mark in the world – specifically the World Wide Web. It has given birth to countless vloggers who used to be nobodies but big names in the industry right now. You can see lots of videos there, from television shows, movies, and even original videos by people doing just about anything, from cooking, unboxing toys, hair and makeup tutorial, making arts, playing video games and so much more. 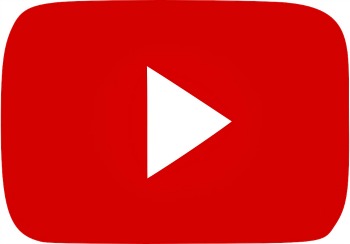 While music videos had a TV channel of their own since the 90s such as MTV and Channel V, their popularity waned over the years but people are still interested in watching all the latest MVs of their favorite artists. Youtube is the perfect platform to see your fave music videos on demand for free.

A Google-funded study that touts positive impact of YouTube on the music industry is raising hackles, with the Recording Industry Association of America (RIAA) characterising the study as misleading and out of touch.

“The RBB study tries very hard to show that YouTube is really good for artistes, even if they don’t know it. But it isn’t for YouTube to tell artistes what’s good for them, or how they should promote their music,” the RIAA said in a statement to Variety. “That’s for artistes and their business partners to decide.”

Drawing particular criticism are stats that tout YouTube’s beneficial effect on boosting other paid services, referred to in the study as “a significant promotional effect.” The study advances theories that “paid streaming rises where YouTube views rise, with views rising first, spilling over to a noticeable rise in streams.”

Recording artists actually benefit from the exposure they get from Youtube even if they don’t realize it. There was a time when people weren’t watching music channels anymore because it simply fell out of style but the popularity of Youtube gave them a chance again to be back on track and stay relevant once more. Unfortunately, record labels don’t always appreciate the exposure their artists get from the popular video-sharing site because of money issues.

YouTube’s cold war with the labels is heating up again. As European Union legislators consider copyright legislation that could potentially constrain the streaming service, Warner Music Group this month struck a licensing deal that CEO Steve Cooper said in a memo was negotiated “under very difficult circumstances,” a characterization disputed by YouTube head of global music Lyor Cohen.

Then, on May 11, YouTube released the first part of an RBB Economics study that it says will show how it helps the recorded-music business — adding revenue without cannibalizing more lucrative parts of the industry, promoting other services and giving consumers access to content unavailable elsewhere. It also says that blocking tracks on YouTube has no effect on their popularity on paid streaming services, based on evidence from Germany.

Record labels — which argue that the “safe harbors” in copyright law give YouTube leverage to license music on better terms than competitors — don’t agree. The study reports, “If YouTube didn’t exist, 85 percent of time spent on YouTube would move to lower-value channels and would result in a significant increase in piracy.” But label executives say that same point actually shows how much YouTube hurts the recorded-music business, by offering consumers who might otherwise subscribe to on-demand streaming services a free alternative.

Considering the sheer volume of people accessing the site yearly, over 700 million of users actually visit the site just to listen to music while watching its accompanying music video. It’s a lot of money if they were converted into paying customers as is the argument of record labels executives. Unfortunately, there is no guarantee that those individuals who watch music videos will eventually shell out money just to watch the same videos again, although this time, for a set price.

This conflict between record labels and Youtube hasn’t been resolved yet. Record labels insist on the value of music itself and the talent of the artists that needs to be compensated while Youtube will always rely on advertisers for any amount they are willing to pay. For now, Youtube users can still freely stream online to their heart’s content – whether it is an old classic many have already forgotten or a funky new tune that is also currently making waves on the radio. Meanwhile, let’s wait and see how the music labels and Youtube iron out their conflict for them to both reach a win-win solution for the sake of spreading the music.