When it comes to technology, newer is almost always better. And despite the high price, many people willingly part with their hard-earned money to get their hands on the newest and most high-tech gadget sold in the market today. It is a phenomenon we see time and again especially when there are new models released by the big tech players like the ones selling smartphones. Every year, you are tempted to upgrade your existing unit for a shinier, sleeker, and more efficient device that can do loads of functions. However, it is not always about the outside, a gadget’s interior a.k.a. its software is just as important to the entire user experience. After all, once you are done obsessing over what your device looks like, you’re left with the dilemma of having of using if for the entire time it remains functional or appealing to you. 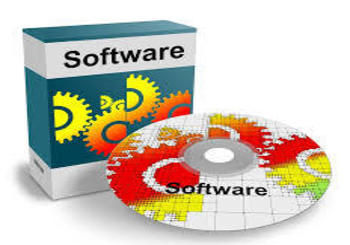 Software plays a very big part in any technology past or present. It’s basically the very thing that powers your device, whatever it may be. This is especially true among newer gadgets that screams smart. In as much as we like the different perks offered by various hardware, the competition takes on a different path once the software is in place. Imagine why the cellular phone global mogul back then, Nokia, disappeared from the market when virtually almost everybody owned a Nokia handset back then. Around that time, promise of smart technology is already palpable in the horizon and Apple has started to unveil its first ever smart device that will forever change the tech market. Hence, it is the reason why we put so much value on software because it can make or break your business, or even life.

In the 1960s, computer technology began outpacing the speed of software programming. Computers became faster and cheaper, but software development remained slow, difficult to maintain, and prone to errors. This gap, and the dilemma of what to do about it, became known as the “software crisis.â€

In 1968, at the NATO conference on software engineering, Douglas McIlroy presented component-based development as a possible solution to the dilemma. Component-based development provided a way to speed up programming’s potential by making code reusable, thus making it more efficient and easier to scale. This lowered the effort and increased the speed of software development, allowing software to better use the power of modern computers.

Now, 50 years later, we’re experiencing a similar challenge, but this time in design. Design is struggling to scale with the applications it supports because design is still bespoke-tailor-made solutions for individual problems.

Is it possible we now find ourselves once more in a software crisis like that of the early 60s? Unlike the software application issues experienced in decades past, what we are facing now is a design crisis. Just what does that mean? Design can’t keep up with all the applications it is supporting. While it has still its limitations, this is a pot of gold for designers as the demand for their services are soaring now that most brands realize how a good design can elevate their brand to even greater heights.

In organizations, software systems provide a form of architecture, and they have already inspired multiple shifts in work behavior: uncapped email inboxes, threaded emails, collaborative document editing, and realtime chat, to name just a few. Slack has been a huge success partly because it shapes behavior in a way that helps people feel better about their work environments. It introduces a level of levity and whimsy that encourages people to bring their whole selves to work, something absent in otherwise sterile enterprise tools. And it provides a sense of empowerment and agency through seemingly simple design choices, such as allowing anyone to create a channel.

In the same way mass transit can unlock the economy in a suburb, tools can unlock new processes, new ways of interacting, and potentially even new levels of cognition.

But much of our progress in using software tools this way has been emergent and reactionary. If we know architecture can influence culture and behavior, and we know software in certain contexts acts as architecture, can we design a new generation of enterprise tools that helps solve the perennial issues of bias, inclusion, and creativity at scale?

People’s behavior is also a big factor why more software innovations are being undertaken now aside from the fact that we desperately need upgraded software to match the exteriors being manufactured today. While we revel in technology and all the great things it has given us, it has also dehumanized us in a way, which is why certain software changes can help us maintain our humanity without compromising efficiency and effectiveness. Of course, we can only pray and wish for that to happen but there’s nothing wrong in hoping. Once we are able to fully meet both innovations we want when it comes to software features and performance while at the same time ensuring we stay grounded as people, that’s perhaps when we can say that we are doing great in terms of software development. We enjoy these tech advancements but we can tell we are not yet there, so let’s try to be more patient as innovators figure out how to solve many tech mysteries that still elude our understanding as of today.