How Snoring Affects Your Overall Health

Nothing can be as annoying as sleeping beside someone who snores. Sleeping becomes impossible. And if you are able to get some shut eye, you are bound to be woken up soon after by more loud snoring. It can leave you lacking in sleep and exhausted once morning comes. 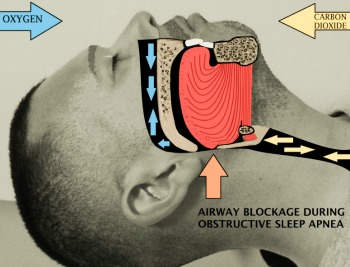 The issue of snoring does not only affect people who sleep with snorers – most likely are wives with husbands who are loud snorers but more so the husband who sleeps just like a primitive man. Wives can always opt to sleep with a headphone on and listen to music or sleep in a different room from their husbands but those who snore do not just have easy options like that. They do, however, have device options.

Snoring. It’s a problem that plagues more than 90 million Americans, according to sleep experts. Snoring can often be funny, and even somewhat cute at first, but a chronically sleep-deprived bunkmate is no laughing matter.

The biggest health implication of snoring actually affects those who snore themselves. Snoring may appear to be a major disturbance during sleep but the problem lies deeper and can lead to serious health issues.

Untreated, severe obstructive sleep apnea more than doubles your risk of dying from heart disease, the National Healthy Sleep Awareness Project warns in conjunction with American Heart Month in February. Project partners – including the American Academy of Sleep Medicine (AASM), the Centers for Disease Control and Prevention (CDC) and the Sleep Research Society (SRS) – are launching the “Sleep Apnea Hurts Hearts”campaign to raise public awareness and urge individuals with symptoms of sleep apnea to talk to a doctor about their risk.
“Obstructive sleep apnea is a dangerous disease that can severely damage your heart if left untreated,”said Dr. Ronald Chervin, president of the AASM and a spokesperson for the National Healthy Sleep Awareness Project. “With millions of sufferers remaining undiagnosed, it is critical to raise nationwide awareness about obstructive sleep apnea so that it can be treated with CPAP therapy, which can reduce the risk of cardiovascular death.â€
Nearly 30 million American adults are kept from restful sleep by obstructive sleep apnea, a chronic disease that involves the repeated collapse of the upper airway during sleep. According to the National Healthy Sleep Awareness Project, there are five key warning signs and risk factors for sleep apnea: snoring, choking or gasping during sleep, fatigue or daytime sleepiness, obesity (BMI of 30 or higher) and high blood pressure.

Snorers may actually suffer from life-threatening cardiovascular conditions without them knowing. People who snore rarely see a doctor just because of the snoring issue itself because many have learned to adjust to the discomforts caused by one. However, snoring should be considered a serious health risk that warrants prompt medical attention.

Whether you are the snorer, or your snoring partner is keeping you awake at night, you know it disrupts your sleep and can be quite annoying. Some people think snoring is a result of being in a deep sleep, but it can actually be indicative of a very serious health problem.
This problem is, sleep apnea. In this condition, the person stops breathing momentarily and wakes up abruptly in order to catch their breath. This can be a detrimental condition to live with because it disrupts your sleep and increases the risk of other health issues. The main symptom of sleep apnea is snoring, that’s why if you are a snorer, it’s imperative to go for a sleep test.
Stanley Yung Lui, sleep surgeon at Stanford, explained, “Asleep patients are often unaware of breathing interruptions that have serious health risks. Snoring is a warning sign of obstructive sleep apnea (OSA) â€” but not every snorer has sleep apnea, and not everyone with sleep apnea snores. Snoring and OSA can lead to serious health risks such as arrhythmia, high blood pressure, neurocognitive impairment, and accidents due to sleepiness.â€

Snoring is just a symptom of sleep apnea – a serious health issue that not only affects sleep quality and quantity but hastens cognitive decline and put people at risk of heart disease. You may also be prone to having accidents since your mind is tired after a long sleepless night leaving you anxious and irritable throughout the day.

People who suffer from snoring should not be ashamed to seek professional medical help because snoring does not just go away on its own. Treatments are available and you need not suffer every night from the discomforts caused by sleep apnea.