How Prevalent Is Hacking In Today’s World

Now that we all breathe social media, it is no longer surprising that a single person owns more than one electronic device – smartphone, tablet, iPad, PCs, and laptops. Aside from having personal social media accounts on popular sites like Facebook, Twitter, and Instagram, many of us do our shopping and banking online because of our busy lifestyle. To be honest, we just want to avoid the long lines in the bank. But the problem is that we input a lot of sensitive data on our computers, laptops or smartphones that when hacked can prove to be disastrous. 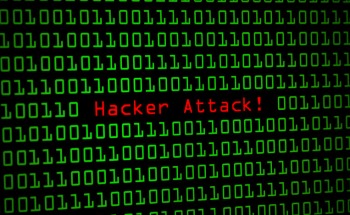 There are many spam mail and dangerous links we unconsciously click that puts our devices at risk of hacking or getting a virus. We all know that nothing is impossible after thousands of sensitive emails of former Secretary of State Hillary Clinton were released by Wikileaks to discredit her character or to possibly reveal her true nature. But what’s more frightening is the involvement of the CIA in various hacking practices.

WikiLeaks said 7,818 web pages and 943 attachments were published, but were just the first part of more material to come. WikiLeaks said it has an entire archive of data consisting of several million lines of computer code. The documents appear to date between 2013 and 2016. WikiLeaks described them as “the largest ever publication of confidential documents on the agencyâ€.

The files describe CIA plans and descriptions of malware and other tools that could be used to hack into some of the world’s most popular technology platforms. The documents showed that the developers aimed to be able to inject these tools into targeted computers without the owners’ awareness.

The files do not describe who the prospective targets might be, but the documents show broad exchanges of tools and information between the CIA, the National Security Agency and other US federal intelligence agencies, as well as intelligence services of close allies Australia, Canada, New Zealand and the United Kingdom.

Take these scenarios, for example.

The tools described would allow the CIA to take almost complete remote control of a user’s phone, turning it into a complete spying device reporting back to the agency. But it would only do so on the most important targets, since each time the agency uses the malware, it runs the risk of being discovered, prompting manufacturers to release a fix to prevent future attacks from succeeding.

Exactly that happened in August 2016, when Apple issued a global iOS updateafter three attacks implemented to try and break into the iPhone of an Arab human rights activist were discovered.

The documents also include discussions about compromising some internet-connected Samsung televisions to turn them into listening posts. That hack, like many others, would only work in an extremely targeted manner: it requires physical access to the TV in question, since the malware is loaded via a USB port.

One other document discusses hacking vehicle systems, appearing to indicate the CIA’s interest in hacking recent-model cars with sophisticated onboard computer systems.

It is frightening to find out that your data is not safe online if these things happen. If secured accounts and devices of important people can be hacked, you’ll have lingering doubts about your security too.

Jump to today. Most of us carry devices products with intelligence and sensors – and phones are just the beginning. Smart watches and fitness trackers log data about our bodies. Smart home devices know when we come home and what we like for entertainment. Our automobiles know our travel patterns and our behavior. The proliferation of sensors means that data is always being gathered around us, whether we consent or not. In our modern era, information is power and money, and all of the smart devices we surround ourselves with are creating value by monitoring us.

The risk of attacking most devices is today is extremely low because when they become connected, they also become easy to access. The reward isn’t always spectacular, such as when programmable street-warning signs are hacked to promote political points of view or convey humorous messages, but there is the potential for more harmful attacks with higher payoff. For instance, the Stuxnet attack on an Iranian nuclear processing facility allowed the perpetrators to destroy important nuclear processing equipment of a political adversary. The attack was complex, designed to take advantage of the connected nature of things to propagate without detection until it was too late and the centrifuges had already been reprogrammed to damage themselves. The reward was high, and the nature of our connected world lowered the risk side of the equation to a point where advanced actors could carry out a successful attack.

Exercise more caution in the sites you access and in the physical security of your devices. Even if not all of us are technical geniuses, you can always make use of firewalls, virus detection and anti-spyware software to protect your data and gadgets. But if you want to upgrade your technical knowledge and skills, you can join seminars that teach you about data security and how to prevent hacking that even beginners can pull off.

If you don’t have the time and money to go to one, visit sites like http://paranoidlinux.org/ to learn more about how your computer works and how to protect it from any threat of hacking to make sure your data remains safe all the time.