Economics is a concept often misunderstood by many. There are key concepts that aren’t easily understood and often mistaken for something else. In layman’s term, economics is simply the study of how we all use our various resources. Topics like finances, wealth, and banking are often discussed when we talk about economics. And world leader’s need to have a good grasp of how an economy works or how to run a country when running the different affairs of the estate. 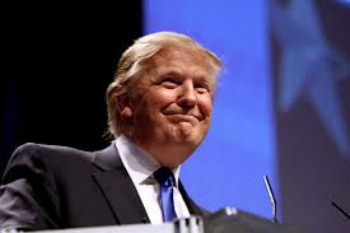 As one of the biggest and most powerful nations in the world, virtually everyone is interested in any news about the US. The unprecedented win of Donald Trump during the last presidential election surprised the whole world and it’s no wonder we are all curious as to how we will run America despite being a total novice in the field of politics himself. They even coined the term “Trumponomics”pertaining to Trump’s economic policies during his reign.

President Donald Trump attempted to explain economics to The Economist, saying that if his tax plan doesn’t increase the budget deficit, “you’re never going to bring your taxes downâ€.

Mr Trump called the proposal “priming the pumpâ€, which he described as “having to put something in before you can get something out.â€

The phrase “priming the pump”dates back to the early 19th century, according to the Merriam-Webster dictionary, and has been used to refer to government expenditure programmes.

Also speaking to The Economist, US Treasury Secretary Steven Mnuchin elaborated that economic growth under the Trump administration could “increase revenues as much as $2trn over the ten-year period of time.â€

President Trump believes that offering tax cuts will help him realize his economic goals for the country rationalizing that it will encourage businesses to stay in the country and not take their business elsewhere. Unfortunately, experts think that this economic policy will likely only benefit the wealthy elite in America and not everybody else that matters.

In Mr. Trump’s mind the most important path to better jobs and faster growth is through fairer trade deals. Though he claims he is a free-trader, provided the rules are fair, his outlook is squarely that of an economic nationalist. Trade is fair when trade flows are balanced. Firms should be rewarded for investing at home and punished for investing abroad.

The second and third strands of Trumponomics, tax cuts and deregulation, will encourage that domestic investment. Lower taxes and fewer rules will fire up entrepreneurs, leading to faster growth and better jobs. This is standard supply-side economics, but to see Trumponomics as a rehash of Republican orthodoxy is a mistakeâ€”and not only because its economic nationalism is a departure for a party that has championed free trade.

The real difference is that Trumponomics (unlike, say, Reaganomics) is not an economic doctrine at all. It is best seen as a set of proposals put together by businessmen courtiers for their king. Mr Trump has listened to scores of executives, but there are barely any economists in the White House. His approach to the economy is born of a mindset where deals have winners and losers and where canny negotiators confound abstract principles. Call it boardroom capitalism.

You can safely assume that Trumponomics is business-friendly (meaning big business owners can benefit from it). Confidence in businesses has increased and the stock market is likewise doing well too. However, there are some major flaws to President Trump’s economic agenda. The trade deficits won’t actually deliver the results he wanted and focusing on manufacturing jobs isn’t a practical choice as well.

He won’t be able to secure long-term economic security for the US considering how things are these days. Many have actually been pointing out how hilarious it was for him to explain economics to the Economist during one of his more recent interviews. Today, a lot of Americans are now wondering whether he is indeed getting the right information about the nation’s economy and it is a cause of worry for many of his constituents right now.