How Charity Works In The Modern World

It feels good to share with others. No matter how big or small it may be, it is sure to make a difference in the life of the other person. In this increasingly materialistic world, the disparity between the rich and the poor becomes more obvious. So, charities that give back to the poor not only makes the world a better place but only goes to show that not all is lost in humanity. 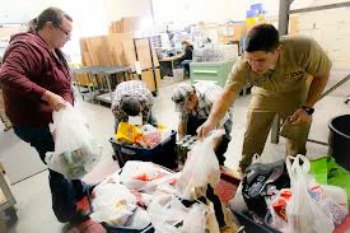 It is even easier to give back today than it was in the past. For instance, you can now donate using your Apple device. You can choose from 22 UK charities to be the beneficiary of your donation.

Apple has partnered with 22 UK charities to let iOS users pledge donations using Apple Pay. The feature, which rolled out in the US last November, operates inside the Safari browser and lets anyone with a supported iPhone, iPad or Apple Watch securely send money to their favourite organisation using only their fingerprint.

It is a convenient way to do charity work without having to go through all the hassles that making a traditional donation usually entails.

Apple Pay donations first launched in the U.S. last November, with organizations like (RED), UNICEF, and the American Red Cross in tow.

Charity support has been relatively slow to expand, but Apple is presumably vetting groups and arranging any financial exemptions. The company normally claims a small fee from banks for each Apple Pay transaction.

Even dating sites like Tinder know that they not only influence the life of those single men and women who use their site to hook up but that they can make a bigger impact on the world by giving back to people who need help the most.

This charity work is done in partnership with Pledgling.com in commemoration of International Women’s Day that took place this week.

All you have to do is on Wednesday at 9am, tweet @Tinder with the name of your women’s rights charity of choice along with the hashtag #FundHerCause. Then you’ll receive a code to donate $100 to one of 12 pre-approved charities!

The 12 charities include Planned Parenthood, Girls Who Code, Women for Women International, UN Women and many more amazing charities.

Even markets have caught up in this whole giving craze. Whole Food stores in the Santa Monica area are also doing their fair share of charity work this International Women’s Day and donated 5{608719487aea66ab93e94ded29b5a9b0f35497743f0d9dfdc324fd02be02e541} of their net sales to local charities.

Whole Food stores throughout the Santa Monica area are participating in a March 8 Community Giving Day by donating 5 percent of net sales to local charities.

Several stores are partnering with the Westside Family Health Center while the Venice location will donate to Venice-based Safe Place for Youth (S.P.Y.).

Not everyone has the same abilities and opportunities in life. So, it is heart-warming to witness all this giving back that is taking place all around us. It sets a good vibe that makes people happy for no reason. If only more people learn the value of sharing and caring for others, the world will be a much better place to live in. You can sleep soundly at night knowing that you have made a difference in someone’s life today.