Hate Music No More On Spotify

Many things may have changed in this world but some things still remain the same. Our passion for music remains a big part of our lives and a great way for people to bond and unwind. For those really talented individuals, they can use their musical talents to earn a living like most singers and performers do. And as technology progresses, the way we pursue our interests has also changed over the years as we have masterfully incorporated the use of tech gadgets in just about everything we do. 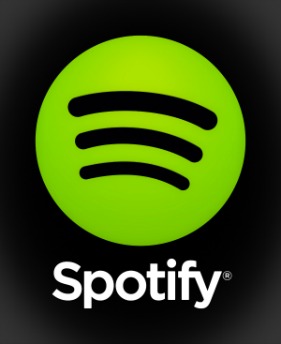 Online streaming is the trend these days and most people do it all from the comfort of their smartphones and other smart gadgets that are mostly WiFi-ready. It is easier to stream online now as Internet connections are faster and most establishments and homes have their own WiFi connections, so you can connect various devices to one router at once. No wonder the popularity of streaming has soared. Not only are movies and television shows are streamed but even music too. Spotify knows very well this market and has been one of the innovators in the online music streaming scene.

Spotify says it has removed an array of white-supremacist acts from its streaming service that had been flagged as racist “hate bands” by the Southern Poverty Law Center three years ago.

A Spotify spokeswoman told Billboard in a statement that while the music in its catalog comes from hundreds of thousands of record companies and aggregators all over the world, and those are “at first hand responsible” for the content they deliver, “illegal content or material that favors hatred or incites violence against race, religion, sexuality or the like is not tolerated by us.”

And while these new technologies have their perks, they also do have their flaws. Most online portals are open platforms where everyone who has access to the web is free to post whatever they like. And that is a big issue, especially without regulation. For instance, racist songs were able to flourish all over Spotify from White Supremacist hate bands for quite some time now. Instead of allowing people to enjoy good music, they trigger conflict and incite violence among innocent Spotify subscribers and listeners.

“Spotify takes immediate action to remove any such material as soon as it has been brought to our attention,” the service said in a statement (via Billboard). “We are glad to have been alerted to this content – and have already removed many of the bands identified today, whilst urgently reviewing the remainder.”

A Spotify rep added that the music is provided by record companies and aggregators, and “that illegal content or material that favors hatred or incites violence against race, religion, sexuality or the like is not tolerated by us.”

In 2014, Apple’s iTunes took similar action with the SPLC’s list of 54 white power groups, banishing the bands from its music. The SPLC also condemned Spotify for its “slow” handling of the matter.

Users of the app can also flag contents that are racist in nature to alert Spotify and have these songs reviewed before taking appropriate actions. The company should take this issue seriously considering they are a global brand and is used by people from all walks of life and from various cultural and religious backgrounds. Hence, it is a must to maintain neutrality at all costs or at least develop tolerance of each other’s differences especially in the world of music where people aren’t discouraged to express their opinions but somehow exercise some manner of understanding of one another. Music should be enjoyed and must not be used to make us hate each other, so Spotify should keep this up if they don’t want people to be swayed into not using their app anymore.