Does Your Child Need Some Spanking?

Parenting is a world of mixed emotions. From the moment the baby is born, a parent’s life isn’t just theirs anymore as another human being solely depends on them for survival and on just about everything else. And parenting does not end even when your children become parents themselves. It’s a continuous process that has no end, quite literally. While parenting can be described as an experience full of sugar, spice, and everything nice, raising a child is not just a simple walk in the park. You are rearing an individual who will soon make his/her mark in the world and how he/she was raised as a child will have a big impact on the person he/she becomes in the future. 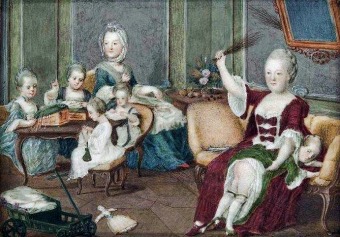 Discipline is a controversial issue when it comes to child rearing as different parents have different interpretations of it. As parents, you can’t help but shower your child with love and kisses every time you see him/her but your child needs more than just your love to become a good and responsible adult in the future. There are different ways of disciplining a child but some are more controversial than the others. Spanking, for instance, is a method that raises the eyebrow of many and has been widely practiced in the past but not as much today especially in America where a parent can get locked up in jail when proven to physically hit his/her child in violation of a child’s inherent human rights.

Former Prime Minister Tony Abbott once said, “I think all parents know that occasionally the best thing that we can give a kid is a smack”, but according to science, he couldn’t have been more wrong.

To find their answers, researchers studied the data of over 160,000 children over a 50 year period. They discovered that smacking, defined as an open-handed hit on the behind or extremities, led to anti-social behaviours, aggression and mental health issues in adulthood.

“We found that spanking was associated with unintended detrimental outcomes and was not associated with more immediate or long-term compliance, which are parents’ intended outcomes when they discipline their children.â€

There have been lots of studies suggesting that spanking does not serve a child any good. It only brings out the worst in a child and teaches him/her to harbor ill feelings toward their parents or elders, learn to keep secrets and grow up to be a mean and irresponsible individual someday. There are other ways to teach a child what is right from wrong and it does not really require a parent to raise his/her hand against the child. An open communication is important to let your child feel he/she can trust you all the time without compromising your parent-child relationship.

A new study finds that “spare the rod and spoil the child,”may not hold up in the lab as well as it does in the Bible. The University of Missouri study concluded that physical discipline, including spanking, of infants can have negative consequences on their outcomes even ten years down the line. However, these effects differed between European American and African American children.
The current research builds upon past studies regarding physical discipline on children, according to Gustavo Carlo, a lead researcher on the study and professor of diversity atUniversity of Missouri.
“I think we know in general that the use of physical punishment and harsh parenting seems to be detrimental to children’s development,”Carlo says. “But we don’t know enough about what the long-term consequences of that are.â€

Harsh discipline methods like spanking do a child more harm than good. Children develop aggressive behaviors later in life because of frequent spanking as a child when they could have been disciplined differently. They often turn out as bullies who feel better when they make the life of another child miserable. Imagine a future led by violent children who frequently got a spanking when they were little.

While parents don’t get a handbook on how to raise a child once they become a first-time mom or dad, it is not an excuse for them to take the easy way out and respond to their child’s actions without thinking about its consequences. The next time you feel tempted to spank your child, think about how you’d feel if you were in his/her shoes – how would you want your parent to respond to you?