Corporations And Congress: Why Even Hide Bribery Anymore? 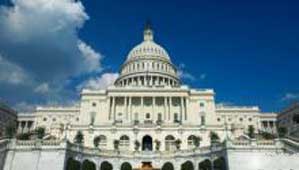 When corporations give millions of dollars to members of Congress, what are they buying? Friends in high places? Sympathetic interpretations of laws and regulations? Special favors written into laws? Access to strategy sessions in back rooms? Tax breaks? Other direct benefits for themselves?

The answer is, “All of the above.” Corporations are giving to get, plain and simple. And it works.

The tens of millions of dollars that corporations pay into congressional campaign war chests each year come back to the corporations in the form of significant and tangible rewards worth hundreds–if not thousands–of times more than their campaign contributions. Meanwhile, nothing goes to small businesses.

A good example is House Speaker Newt Gingrich. For years, Gingrich headed the GOP Action Committee, or GOPAC, which accepted millions of dollars in secret donations from individuals and corporations with the explicit purpose of seizing control of Congress. It worked. But now the Federal Election Commission has charged that Gingrich broke the law when he failed to register GOPAC as a federal political action committee. “Phoney charges,” Gingrich retorted.

Gingrich maintains that he never provided political favors in return for the huge contributions to GOPAC. But recently released GOPAC documents–5,000 pages worth–tell a different story.

Take, for example, the exchange of letters between Gingrich and Miller Nichols, the former chairman of the J. C. Nichols Co., a national real estate firm based near Kansas City, Missouri. On Jan. 19, 1990, Nichols wrote to Gingrich: “Replying to your letter of Dec. 19, 1989, in which you solicited our continued support… I am pleased to respond favorably and enclose my check to GOPAC in the amount of $10,000. ”

Then Nichols pointed out a piece of critical information: “For your information, I list below my record of giving since 1985. My total support… equals $59,000.” This generosity qualified Nichols as one of GOPAC’s largest contributors. (In addition to the $59,000 he gave to GOPAC, Nichols had given $1,000 to Gingrich’s reelection campaign in 1988, and would give another $1,250 to reelect Gingrich in 1991.)

The letter closed with a plea: “The federal government is causing the J.C. Nichols [Company]… a great deal of financial distress. This is in connection with the asbestos regulations… It is costing my company millions and millions of dollars to comply with federal regulations.”

Gingrich wrote back, assuring Miller that he would “look into” the “problematic asbestos regulations.” Nowhere in their letters did either man mention that asbestos exposure is estimated to be taking the lives of 8,200 to 9,700 people in the US each year, nor that this epidemic is expected to continue for another 20 to 30 years, killing upwards of 300,000 Americans before the devastation subsides.

The GOPAC files released to the public do not indicate what further action Gingrich took on this matter. They do show, however, that on April 24, 1991, Gingrich wrote to William K. Reilly, then administrator of the Environmental Protection Agency (EPA), about the issues Miller had raised in his letter to him: “I am writing you with concern over the crisis that is arising in our courts from asbestos litigation.” A copy of the letter was forwarded to Nichols.

“When lawmakers write letters on behalf of their cash constituents, that’s what payback is all about,” said Ellen Miller of the Center for Responsive Politics in Washington, D.C,, the nation’s preeminent tracker of money-in-politics. Such “payback”–or, more accurately, bribery–is a blatant violation of the Ethics in Government Act of 1989, which states, “No member of Congress shall solicit or accept anything of value from a person…whose interests may be substantially affected by the performance or non-performance of the individual’s official duties.”

Gingrich dismisses such charges as “phoney.” His chief critic in Congress, David Bonior (D-MI), claims otherwise: “Newt Gingrich’s road to power was paved with a corrupt mix of secret contributions, hidden campaign spending, and political payoffs to multi-million dollar donors who had a direct interest in federal legislation.” Bonior may be right (only time and a federal investigation will tell), but what he’s complaining about isn’t all that unusual.

The game is played in many ways. Center for Responsive Politics researcher Nancy Watzman became suspicious when she came across the following sentence in the 1995 House Appropriations Bill: “[A]ny industrial discharge to the Kalamazoo Water Reclamation Plant is exempt from ..the Federal Water Pollution Control Act…”

Why had this stipulation been made? After some digging, Watzman learned that the sentence benefited the Upjohn Company with an exemption from the Clean Water Act for effluents produced from its gigantic pharmaceutical plant in Portage, Michigan.

In tracking why this payoff might have been made, Watzman found that, during the first half of 1995, Upjohn’s PAC paid $17,500 to congressional representatives, 71 percent of it to Republicans. In return for that $17,500, certain members of Congress wrote the exemption language into the appropriations bill. With this exemption, Upjohn could save up to $500,000 each year by dumping toxics, such as 1,2-dichloroethane, down the sewer at little or no cost.

But for nearby communities, this one sentence could translate into serious health problems as the toxins flow into waterways. According to a fact sheet published by the New Jersey Department of Health, exposure to 1,2-dichloroethane causes cancer and genetic damage. The National Library of Medicine computer system, which provides public access to government data on toxic releases, reports that Upjohn’s Portage plant dumped 250 pounds of 1,2-dichloroethane into the local sewage treatment plant in 1993. That same year, Upjohn paid premium prices to get rid of an additional 232,000 pounds of 1,2-dichloroethane, shipping it to hazardous waste companies like Chem Waste Management in Sauget, Illinois.

For Upjohn, a mere $17,500 could easily translate into millions of dollars in pay-offs–and disease and death for Upjohn’s unfortunate neighbors.