Climate Change Is Not A Hoax

By now, most of us know about climate change. It is not as if we just read it from somewhere or heard about a wild prediction perhaps but a reality we all face today. Yet as absurd as it may seem, there are people who think that climate change is a hoax and I am pretty sure you can name one with that type of mindset. There actually is a prominent public official right now who blatantly says what a hoax global warming is and you don’t have to go far to know who he is. 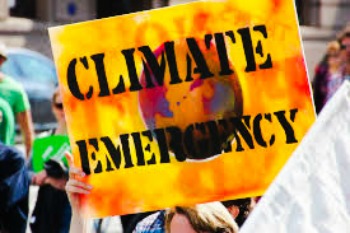 But kidding aside, climate change is a serious issue and we are once again reminded of Mother Nature’s power and wrath with the recent onslaught of Hurricane Harvey and Irma that left certain states in the country badly beaten and people confused as to how to begin their lives. It’s had some people rethinking their priorities. No matter how you look at it, you just can’t ignore the correlation between climate change and the intensity of these hurricanes, something the country has not witnessed in years.

The aftermath of climate-change-fueled superstorms like Harvey and Irma is exactly the right time to talk about man-made global warming, contrary to Scott Pruitt’s whining that the discussion is “misplaced.”When the current administration is quickly and relentlessly reversing progress made in fighting climate change, silence is dangerous.

There is a scientific consensus that climate change played a role in intensifying the winds and rainfall associated with Harvey and Irma, worsening their devastation. From disbanding a federal climate advisory committee to rolling back flood-protection rules, the Trump administration is putting us on track for deadlier hurricanes that we’ll be even less prepared to endure.

Just look at the path of their destruction and it will be crystal clear to you how screwed up we have become because of our neglect and abuse of the environment. The problem is that the government is doing so little in addressing many of the environmental issues we are facing as if the mere fact of ignoring them will discredit them and make them go away. Most politicians stay cooped up in their fancy homes far from the dangers of most natural calamities while regular citizens get to suffer everything else, so they are pretty much disconnected from the reality many people live in nowadays.

Whether or not we see more tropical storms (a matter of continuing research by the scientific community), we know that the strongest storms are getting stronger, with roughly eight meters per second increase in wind speed per degree Celsius of warming. And so it is not likely to be a coincidence that almost all of the strongest hurricanes on record (as measured by sustained wind speeds) for the globe, the Northern Hemisphere, the Southern Hemisphere, the Pacific, and now, with Irma, in the open Atlantic, have occurred over the past two years. A stronger storm means not only more damaging winds, but a bigger storm surge as well, adding to the coastal flooding impact of sea level rise.

These weather disturbances can be expected in a planet that is constantly getting warmer and with greenhouse gases that are exceptionally getting higher and higher. We don’t literally blame climate change to be the direct cause of, say, Hurricane Harvey or Irma, for instance, because these weather phenomena are bound to happen in a course of the year. However, climate sure has amplified these hurricanes and made them twice, thrice, four times, or even more, stronger than they ought to be if the circumstances were any different. Haven’t we learned enough by now? What we all need to do today is to unite in slowing down the progression of climate change because there is nothing else we can do about it now. We will all suffer if we don’t act when we still had the time.