Cancer Warning: Would You Be Ready? 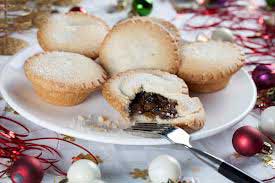 Judy Hendren Mello was 23 when she lost her mom to breast cancer in 1967, but she never lost her mom’s fighting spirit. It saw her through another tragic death ten years later that of her brother, Jerry. Hendren, from cancer, at age 36.

Then, in 1987, Mello, by now a high-powered international investment banker in New York City, discovered a soft lump high on her tight breast. The surgeon told her it was unlikely that it was malignant and suggested waiting several months to see if it went away. But she wasn’t about to do nothing–Mello’s mother believed that her own delay in getting help had cost her her life. “Her warning to me was clear and simple: Take charge of the situation and act.”

So Mello consulted another surgeon anti insisted on an immediate biopsy. The lump turned out to be an early-stage malignant tumor, and Mello had a partial mastectomy, Luckily, no lymph-node involvement was found. “I’ll never forget the celebration we held in honor of that good news!” she says. She and her husband, sister, and friends ate caviar and drank champagne in her hospital room, cheering, “No nodes, no nodes!”

But her odyssey was tar from over. Mello, who’s now 55, had an aunt who’d suffered from breast cancer and later died of ovarian cancer. So, in 1993, Mello started having pelvic sonograms. Her first test was normal, but during a follow-up visit a year later, an irregularity showed up on one ovary. It was cancer. Once again, the disease had been caught early. Mello was able to beat it with surgery and chemo.

Throughout, she kept on working. When she first learned she had breast cancer, she’d just started her own financial consulting firm. That gave her a new degree of independence, but as time went on, it wasn’t enough. “I was very dissatisfied,” she remembers. “I was looking for something that had more significance. Until I got cancer, I’d never gotten to know myself. I’d lived a life of self-imposed high achievement–put myself in a business that was extremely high-pressured and not altogether friendly toward women. Part of learning about myself was discovering that I didn’t have to be good at everything. I didn’t have to keep living up to everyone else’s expectations.”

Cancer also made her face deep personal wounds. “The loss of my mother and then my brother had a profound impact on me. I was confused and frightened. I felt guilty that I hadn’t spent enough time with my mom, that I’d forgotten to tell my brother important things. Facing those feelings, and understanding the losses, eased my fears and gave me confidence. I learned what life really meant to me, and how m feet joy.” 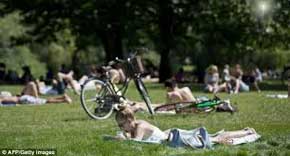 In May 1994, Mello heard that World Learning–a nonprofit group dedicated to bringing together people from different cultures, with programs in 110 countries–was looking for a new president. She jumped at the chance “Last year we took twelve American high school students, including four inner-city kids, to Northern Ireland,” says Mello. “In Belfast, they lived in a mixed Catholic and Protestant neighborhood and met kids their age. The focus was on understanding what it’s like to live in a community at war with itself. Listening to them compare that situation with our own racial one at home was very moving.”

Determined to stay vigilant about her health in 1995 Mello took part in a genetic testing study–and discovered she has the mutant gene that’s a strong predictor of breast cancer. (One bright moment came when her younger sister tested negative for it.) She then made a big decision: to have a full prophylactic double mastectomy, along with reconstructive surgery.

Initially, her husband was skeptical. “Surgery without a symptom put me off,” he says. But medical experts convinced him that with Mello’s medical history it was the smart thing to do.

Reconstruction was more complicated than the double mastectomy. Mello’s doctor suggested what’s called free-flap reconstructive surgery, which transplants Fat from the abdomen to the breast area, while leaving abdominal muscles intact. It was a grueling 13-hour operation, followed by two clays of strapped-down intensive care, and then almost four weeks of recovery. But Mello is glad she did it: “I got a fiat rummy and two nice breasts–what a great deal,” she says in her indomitable way.

Now she stays in shape by walking and running. At her vacation home on a ranch in Moose, WY, she also loves to ride and play tennis. “I feel like a teenager,” she says.

Mello also feels grateful for the support of her family and friends: “They’ve been my cheerleaders,” she says. And what would her flint and best cheerleader say? “I think my mother would feel she protected me in giving me the courage to be assertive about my own health. I know that she’d be proud of me.”