Times have changed and there are many things that used to be taboo that are now more widely accepted by the public. It is but expected as we can a lot of things have also changed in our environment. The landscape has changed and technology dominates the planet especially if you live in big, progressive cities. Aside from the physical changes, society does not think the same way it did a decade or more back. One thing that has definitely made a 360° turn is not only the use of marijuana but the fact that it is now considered legal in different states in the US and in other countries too. Maybe our hippie parents and grandparents are probably rejoicing right now at the turn of events but it was long coming. Marijuana, in itself, is not bad. There are other varieties that has a bad image because of the natural high it gives but there are other variants of weed that can make a big difference to our health. 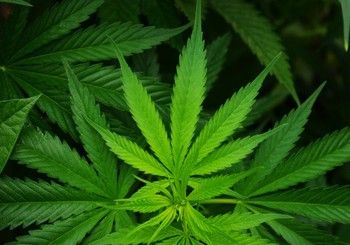 Now we know that there are different types of weed. Many people are raving about the good ones known as medical cannabis, which has helped sick people get over their illness and has turned lives around without necessarily leaving them hooked up to the nasty side of marijuana. But like most things that used to be stigmatized before, the journey to social acceptance isn’t always an easy one. It is always a major struggle to change people’s mindset. The only edge of cannabis is that it is overflowing with positive testimonials from users that can attest to the beneficial effects of weed in their lives, especially their health. There are also studies aimed at proving the positive correlation between medical marijuana use and optimal health.

Prime Minister Justin Trudeau has said legalizing marijuana quickly, despite any challenges associated with doing so, was better than allowing the black market to prevail. “Young people have easier access to cannabis now, in Canada, than they do in just about any other countries in the world…the fact is it is bad for the developing brain and we need to make sure that it’s harder for underage Canadians to access marijuana,”he said at an economic conference in 2016. “The other piece of it is there are billions upon billions of dollars flowing into the pockets of organized crime, street gangs and gun-runners, because of the illicit marijuana trade, and if we can get that out of the criminal elements and into a more regulated fashion we will reduce the amount of criminal activity that’s profiting from those, and that has offshoots into so many other criminal activities.â€

In the US, both medical and recreational marijuana are being legalized in different states all over the country for a variety of reasons but mostly because congress is pushing for it to be legal. Well, not all states are in its favor and there are still many who disapprove of its use. It is the same thing in Canada. For the most part, the government legalizes its sales and use mainly to prohibit it from thriving in the black market. It is an added bonus that the good stuff, medical cannabis, proves to be a good adjunct management to certain medical conditions like chronic and degenerative ones.

The mere fact that the Cannabis Act passed by such a landslide in the House of Commons is huge. Before Canada starts worrying about the fate of Bill C-45 once it goes to the Senate, they should celebrate this victory.

Politicians in the country have been talking about federal cannabis legalization for years. Now, it’s finally getting closer to becoming reality.

If the Cannabis Act passes in Canada and proves to be successful, it would undoubtedly set a precedent. At least in the United States. Even though our current administration isn’t exactly pro-weed, our next administration might be more progressive and rational. After all, when it comes to social and political change, optimism is key.

While it may seem like Canadian legislators are still torn whether or not to give the go signal for marijuana to be legal in Canada or not to the public and the rest of the world, the Canadian House of Commons actually passed the Cannabis Act without any fuss at all. It’s what you’d like to call a landslide vote and is perhaps to the liking of Prime Minister Trudeau who is a known advocate of cannabis. He is a man of his word and there are no gray areas with him. He took a bold stance of going all out in supporting its legalization even that of recreational use. Talk about liberal minds. From there, lawmakers had to identify specifics about its legalization to cover all important aspects like the age of those legally allowed to buy and use cannabis in the different Canadian provinces. It is the first and bold step to changing the public image of weed and we can only expect bigger things to happen to it in the near future, not only in Canada, but in other parts of the world.