Technology continues to progress. You can see it in the devices now made available to the masses. Their features and specifications increases and gets better over time. It’s no wonder why the public has openly embraced all these new technologies and make use of them in their daily lives. It is unheard for a person to not own a smart gadget these days. Almost everyone is connected to the web, one way or another. 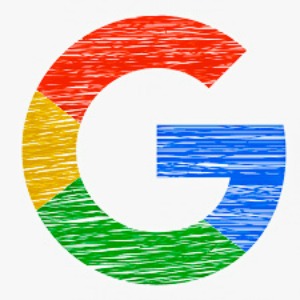 Big companies like Google knows the trend very well and like most companies that make money from people’s online activities like Facebook and Amazon, they have long since expanded their search engine services and now recently acquired AIMatter, a start-up company from Belarus that works on detecting and processing mobile images and is the maker of the Fabby app and its neural network-based AI platform.

Computer vision â€” the branch of artificial intelligence that lets computers “see”and process images like humans do (and, actually, often better than us), and then use those images to help run programs â€” is at the heart of how the next generation of tech is developing, and this week Google made an acquisition this week to help it along with its own efforts in this area.

The search and Android giant has acquired AIMatter, a startup founded in Belarus that has built both a neural network-based AI platform and SDK to detect and process images quickly on mobile devices, and a photo and video editing app that has served as a proof-of-concept of the tech called Fabby.

The potential is endless when it comes to technology as long as you have the right tools and you act on them right away before anyone else does because sooner or later, someone else will. Some technologies may not always be the best as that of Fabby but with Google’s vast resources, it won’t take long before someone from their talented pool of employees discovers a really cool way to use their new acquisition to its fullest potential or possibly come up with something entirely new.

Google has been working on improving its own computer vision software for years, in hopes of better indexing the data hidden inside photos and video. This has a number of practical applications â€” for example, you might use computer vision to help search through hundreds of photos on your smartphone to find photos containing dogs, sunsets, or specific family members.

The goal is to eventually build computers capable of instantly and accurately identifying everything inside a photo, or a live video stream.

AIMatter raised an estimated $2 million in capital, and its apps, Fabby and Fabby Look, have been downloaded 2 million times.

Google aims to take Fabby into something even better and not just an app in taking “designer selfies”that it is now known for. And while it is no Snapchat, it can really transform your photo by adding details to your appearance or change your background altogether. It wasn’t even disclosed how much Google spent to purchase the app or what the company intends to do with it but there is one thing for sure, AIMatter employees will not go looking for new jobs anytime soon as they will be absorbed by the merger. In reality, we are already using a few technologies that are inspired by artificial intelligence, so this move is expected from a tech giant like Google that wants to maintain its lead over the others.

Technology continues to surprise us as the years go by and it is no longer surprising why big companies like Google is pursuing artificial intelligence like many others when a few have already set the clock ticking and are hard at work in developing AI technology to make it a reality for all of us in the years to come.